District format is a hit for the former Proteas captain. 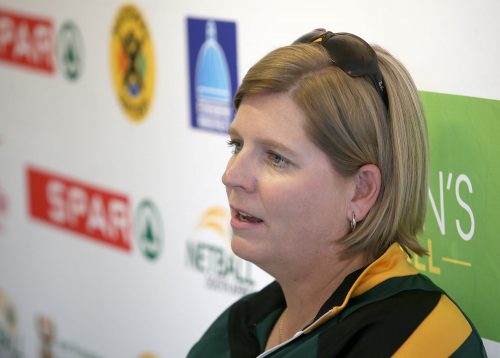 While finding a balance between quality and quantity is a challenge, former Proteas captain Elsje Jordaan believes Netball SA is on the right track after reverting to a more inclusive district format for this week’s Spar National Championships at Lotto Young Park.

The structure of the event, which opened the door for 87 teams to enter the championships in the Under-21 and senior age groups, resulted in a chaotic start to the domestic showpiece after multiple district sides either arrived late on Monday’s opening day or did not pitch at all.

And though she admitted yesterday the provincial format last year ensured a strength-versus-strength approach, Jordaan felt there were positive aspects to the expanded structure.

“The stronger teams will tell you they’d like to play strong competition all the time, but if we really want to build depth in the country, this is what you have to do so the other districts can see what it’s all about,” said Jordaan, head coach of the Dr Kenneth Kaunda team from North West.

“It’s great to see the numbers here, so in that sense I think it’s much better to have the districts here. There are more teams, more players and more opportunities.”

The district format, however, had resulted in massive contrasts in the abilities of the A-division teams.

Of the 22 matches played in the top-flight division over the opening two days of competition, 14 had results with victory margins of more than 50 points.

“I don’t want my players to become arrogant about it, so I force them to keep working the ball and keep playing out of respect for the game and their opponents.

“But it is tough, and I don’t know as a coach what you say when you’re sitting on the other side.”

On the court, Tshwane retained the lead at the top of the round robin standings, racking up 10 points after going unbeaten in their first five games.

The Dr Kenneth Kaunda team were lying second with eight points, also going unbeaten and holding a game in hand, while Cape Winelands had six points in third place, with two games in hand.