A struggling economy, rising crime and growing intolerance among its people leave South Africa in desperate need of a unifying factor. 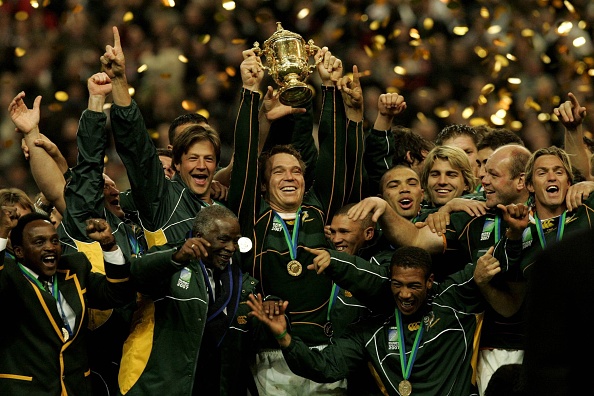 The four-year wait is over.

While hosts Japan opened Rugby World Cup 2019 in style with a victory over Russia yesterday, today’s juicy Springbok clash against the All Blacks in Yokohama has captured the rugby world’s imagination.

Rugby rivalry doesn’t get bigger than this. The Springboks, the bookmakers’ joint second-favourites with England to win the tournament at odds of 9/2, are up against New Zealand, three-time champions.

New Zealand have won the trophy the last two times and are favoured for another at odds of 6/4.

An unbeaten run in 2019, including winning the Rugby Championship and forcing a 16- all draw with New Zealand in Wellington two months ago, has given Springbok fans the belief that history will repeat itself, in the final on November 2.

South Africa has won the Webb Ellis Cup twice. Who can forget the Boks’ 15-12 win over the All Blacks in extra-time in 1995 on home soil?

Who can forget the scenes of celebration from Nelson Mandela while wearing captain Francois Pienaar’s No 6 jersey as he lifted the trophy?

Or 12 years later, when former president Thabo Mbeki and captain John Smit were lifted up by the Springboks after they defeated England in the final at the Stade de France in Paris.

Many observers believe the men in green and gold can do it again in Japan. But it won’t be easy.

Simply put, the All Blacks don’t lose many matches. Head-to-head between South Africa and New Zealand, the Kiwis rule the roost.

At World Cups it is 2-2, with New Zealand winning the last two. However, the two nations have never met in the group stages.

Man for man, the Springboks fancy their chances. They are the more settled side.

They have an inspirational leader in Siya Kolisi and a wily coach in Rassie Erasmus.

“It always makes me chuckle when I hear this team can’t win and this team is going to win. But right now, you’ve got a number of sides that are capable of winning it because they’ve got the talent in their group,” Hansen said at a news conference this week.

“There’s probably more in this tournament than normal. Probably in the last one there were two or three, this one there’re five or six, which is great for rugby.”

A struggling economy, rising crime and growing intolerance among its people leave South Africa in desperate need of a unifying factor.

From 11.45am today, Kolisi and company can hopefully provide that catalyst as the Springboks, and the country, embark on a six-week emotional roller-coaster.