A meeting will be held on Tuesday about the Six Nations tournament, which is scheduled to start on February 6, France's sports ministry said. 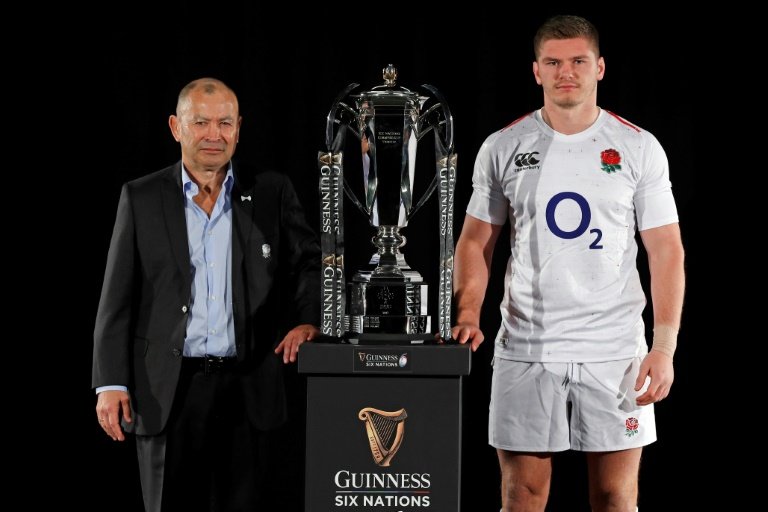 England coach Eddie Jones and captain Owen Farrell at the 2020 Six Nations launch. The 2021 competition, set to kick off next month is in doubt because of the new strain of the coronavirus. Picture: AFP

Rugby union’s European Champions Cup and Challenge Cup have been suspended after the French government said the Covid-19 pandemic made it too risky for French teams to play, organisers said Monday.

The French government wrote to the French league (LNR), directing the country’s rugby clubs not to play in the European competitions until “February at least” because of the pandemic.

A meeting will be held on Tuesday about the Six Nations tournament, which is scheduled to start on February 6, France’s sports ministry said.

“On the basis of this directive, EPCR had no choice but to temporarily suspend the pool stage of the Heineken Champions Cup and the preliminary stage of the Challenge Cup,” European Professional Club Rugby, the organisers of the European cup competitions, said in a statement.

Britain is battling a new variant of Covid-19 that has led to a sharp rise in infections and hospitalisations.

“It is a priority of the (French) government to fight against all the risks of introduction” of more contagious variants of the virus and their “circulation on the territory,” said the letter.

The EPCR stressed it had tried to assure the LNR and the French ministries of the Interior, Health and Sport, as well as of the office of President Emmanuel Macron, that new protocols were in place for the clubs taking part.

“While respecting all further directives by governments and local authorities, and prioritising the health and welfare of players and club staff, EPCR… remains committed to trying to find a solution which will enable it to resume and complete the tournaments as soon as practicable,” said the EPCR statement.

Earlier on Monday, EPCR chief executive Vincent Gaillard told the BBC that he was confident the tournaments could be completed in April and May.

He said that organisers already had four weekends scheduled in April and May to play the knockout stages.

The decision came exactly one year after China, the original source of Covid-19, confirmed its first death from the virus.

Almost two million people around the world have died since including more than 81,000 in Britain which saw the emergence of the new, more contagious B117 strain, late last year.