The South Africans failed to chase down a score of just under 300 in the second ODI between the teams. 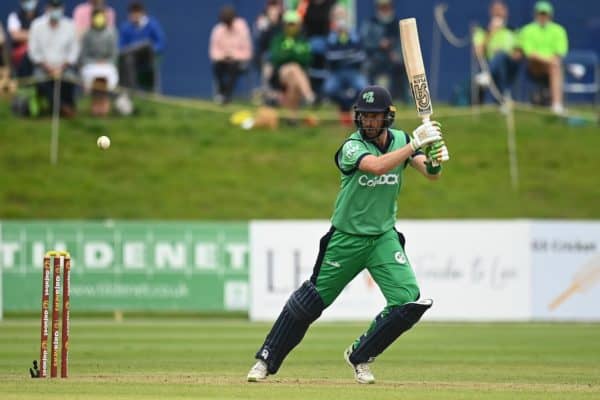 Andrew Balbirnie of Ireland scored a century against the Proteas at Malihide on Tuesday, helping his team to an impressive win in the second ODI. Picture: Harry Murphy/Gallo Images

The ants of Ireland pulled off a giantkilling act as they beat a sloppy South African side who suffered far too many eek-worthy moments in the field, by 43 runs in the second ODI at Malahide in Dublin on Tuesday.

The Proteas had again won the toss and sent Ireland in to bat but the pacemen bowled poorly up front and at the death as Ireland posted a formidable 290 for five.

This time Ireland were both able to prosper up front in the powerplay and keep wickets intact. Paul Stirling and Andy Balbirnie took them to 49 without loss in the first 10 overs and their opening stand was eventually worth  64 off 82 balls.

But in a powerful top-order performance, Balbirnie then added another 60 for the second wicket with Andy McBrine (30) and the Ireland captain went on to a superb 102 off 117 balls, really leading from the front and providing the foundation for the win.

Harry Tector (79 off 68) and George Dockrell (45 off 23) then provided a scintillating end to the innings as they hammered wayward death bowling for 88 runs in the last seven overs.

Apart from the woes of the seamers, the Proteas fielding was also extremely creaky, with four catches going down that should have been caught and messy ground-fielding also being the order of the day.

Janneman Malan was the top-scorer for South Africa as they were bowled out for 247 in the penultimate over.

The rookie opener struck a powerful 84 off 96 balls, with four sixes, making up for the early loss of Aiden Markram (5) and Temba Bavuma (10).

He was well-supported by Rassie van der Dussen (49 off 70) in a third-wicket stand of 108 in 22 overs, but South Africa then fell away badly, once again exposing the lower middle-order and the finishing ability of the team as a problem.

Malan will wryly consider that he could yet found himself out the team for the third and final match on Friday as Quinton de Kock obviously needs to return.

He will also be kicking himself for getting out when he did though, caught sweeping spinner George Dockrell to cow-corner, and when Van der Dussen was trapped lbw by McBrine in the next over, it was the hammer blow from which the Proteas could never recover.