Neil Powell has been admitted to an isolation facility in Kagashimo where the Springbok Sevens squad are at a pre-Games training camp. 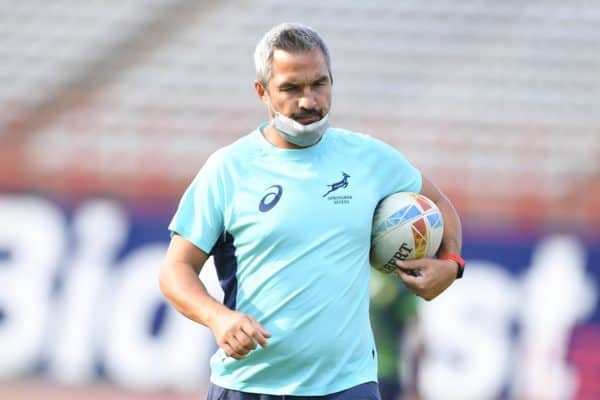 Three members of South Africa’s football team and Springbok Sevens coach Neil Powell have returned positive Covid tests after arriving in Japan for the Tokyo Olympic Games, it was confirmed on Sunday.

Football players Thabiso Monyane and Kamohelo Mahlatsi had been placed in isolation on the eve of the showpiece, which starts next week, along with video analyst Mario Masha.

The rest of the SA U-23 team had already tested negative twice and team management said the squad was closely following recommendations from local health authorities.

Powell, meanwhile, was admitted to an isolation facility in Kagashimo where the Springbok Sevens squad were at a pre-Games training camp as they prepared to challenge for a medal at the multi-sport Games.

The Blitzboks squad had been placed in quarantine earlier in the week, after a passenger returned a positive test on their flight to Japan, but all the players were later cleared and released.

“The timing of the positive results suggests that the PCR test in these individuals was done during the incubation period of the infection, which is how they could be negative in South Africa and then positive in Japan.

“They are now in isolation where they will continue to be monitored and will not be allowed to train or have any physical contact with the rest of the squad.”