CEO Haroon Lorgat says the federation is merely trying to comply with government's labour laws as 'hunt' for the next Proteas coach. 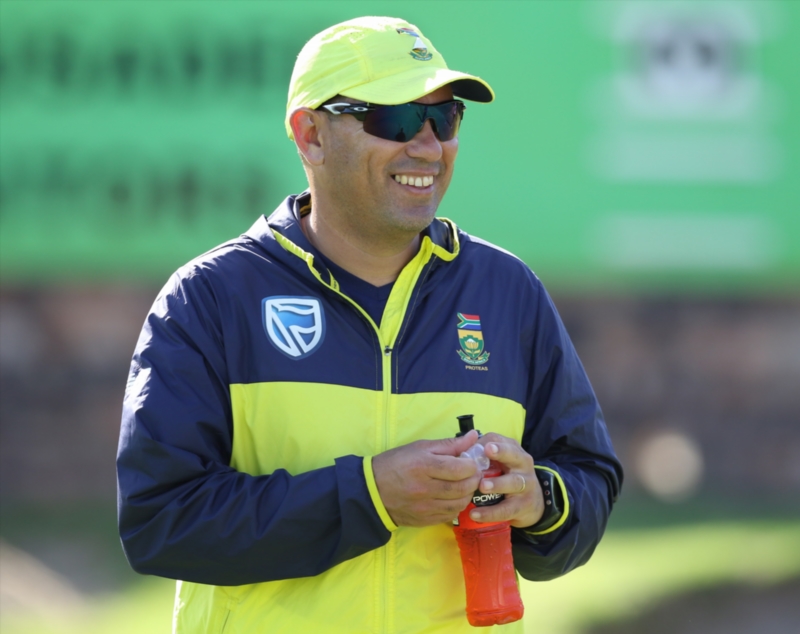 Russell Domingo either doesn't want to continue coaching the Proteas or he'll have to slug it out for his job. Photo: Richard Huggard/Gallo Images.

The local federation opened itself to criticism earlier this year when they announced their plan to advertise the position.

Also read: It won’t be all that easy for Kagiso Rabada in his first IPL

Domingo is currently contracted until the end of August this year.

“There’s no other reason why we’re doing this except due process,” said Haroon Lorgat, CSA’s chief executive, on Thursday.

“We’ve got to consider labour law issues in this regard, especially about Russell’s job being viewed as a permanent appointment versus a contract appointment.”

Since taking over from Gary Kirsten in May 2013, Domingo has been granted an extension on his contract three times.

As a result, CSA can’t risk another one because that would entitle him to being considered a permanent appointment.

“The experts have told us to run a proper process,” said Domingo.

“Whoever we appoint now – Russell or someone else – should be coaching the Proteas until the end of 2019’s World Cup. We don’t want to extend a contract for a short period and then give the job to someone else because that gives him minimal time to prepare for the showpiece.”

However, the hunt for a new coach or to keep Domingo will not start until next month.

“We haven’t opened or extended any requests for applications,” said Lorgat.

“The board meets on 11 May. Hopefully we commence with the process soon after that.”

Domingo’s assistants such as Adrian Birrell and Neil McKenzie aren’t required to re-apply.

“The board appoints the head coach,” said Lorgat.

“Then him and I would appoint assistants largely based on the recommendations of the coach himself.”

Domingo was rather frank on the issue after the Proteas’ successful tour of New Zealand, saying he hasn’t decided if he wants to carry on after his term expires.