Sunfoil announcement that it will end its seven-year association in the more-day format comes at a pretty awkward time for the governing body. 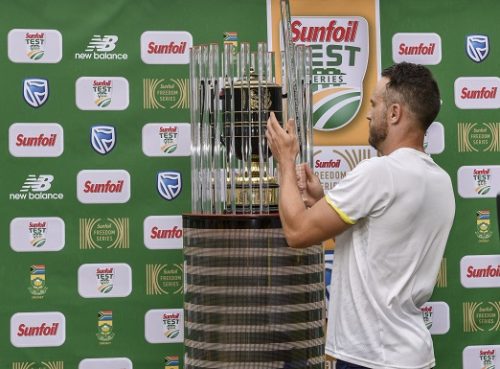 Cricket South Africa (CSA) is in “advanced negotiations” with regards to finding a sponsor for Test and domestic four-day cricket in the country.

Following the release of next season’s fixtures, it was confirmed that the Willowton Group’s Sunfoil brand would be ending it’s almost seven-year association with the local governing body.

It would seem like an innocuous, normal progression of events but the timing is actually rather unfortunate.

CSA are currently on the back foot on various fronts, most notably the continued uncertainty of its new T20 League.

SuperSport backed out of an equity partnership last week, while the threat of legal action from some of the failed T20 Global League’s (T20GL) owners has eroded a substantial chunk of CSA’s credibility.

It’s also understood that the South African Cricketers’ Association (Saca) is gaining preliminary legal advice on possibly suing the federation on behalf of the players who are losing out on income stemming from the continued postponement of the T20 league.

As a result, cynics will argue that Sunfoil’s departure is reputation driven.

Nonetheless, the Willowton Group said in a statement that it and CSA had “mutually decided to focus on other areas of opportunity” within the sport.

The domestic fixtures also revealed that the now very much irrelevant (at least if the new T20 league is considered) domestic T2o competition is also without a sponsor.

Courier company RAM had re-signed to bankroll last year’s tournament – which was an emergency replacement venture for the T20G  – but given how this year’s edition is scheduled for April, it’s little wonder corporates are reluctant to associate themselves.