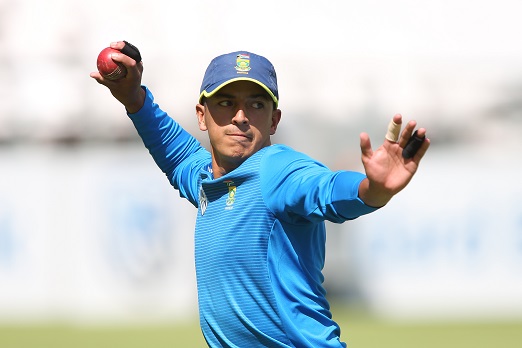 As expected, Cobras star Zubayr Hamza on Friday morning was slated to make his Test debut in the third and final Test against Pakistan at the Wanderers.

However, the really interesting thing about his special day is that the 23-year-old also has “scored” a unique century in his first Test … just not with the bat.

Despite South Africa playing their first Test in 1889, Cricket South Africa had previously stopped recognising cap numbers prior to unification.

On Wednesday, Hamza gave the assurance that he’d be ready for this moment.

“If given the chance that would be great, I have really enjoyed my time so far, the training has been intense and everyone has been welcoming. I have felt comfortable within the team surrounding. If given the chance, I am looking forward to it,” he said.

The Proteas have stuck with their four-man seam attack, meaning Hamza is the only change from Newlands as he comes in for the suspended Faf du Plessis.