Following the remarks, 390 Olympic and Paralympic volunteers have quit, the committee said, noting that this number includes withdrawals for all reasons. 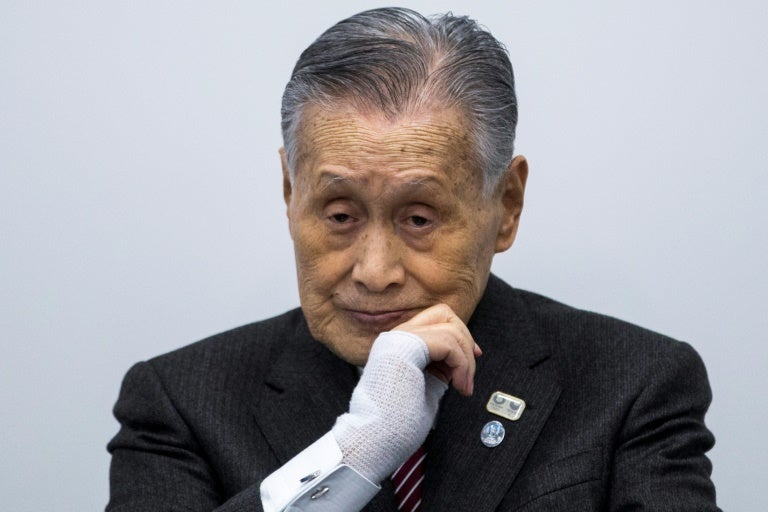 Tokyo Olympic organisers are planning to meet this week to discuss their response to sexist comments made by their boss, reports said Tuesday, after hundreds of event volunteers quit in the ensuing furore.

Gaffe-prone Tokyo 2020 chief Yoshiro Mori, 83, sparked uproar in Japan and abroad last week when he said women speak too much in meetings.

He has since apologised but not stepped down, and the International Olympic Committee says it considers the matter closed.

Japanese media said the Tokyo 2020 organising committee is planning to meet later this week, possibly on Friday, to discuss its response as calls grow for Mori to resign.

Following Mori’s remarks, 390 Olympic and Paralympic volunteers have quit, the committee said, noting that this number includes withdrawals for all reasons.

A total of 80,000 volunteers from Japan and overseas have been recruited for this summer’s virus-postponed Games.

Two people have pulled out of the torch relay and around 4,000 people made complaint calls to organisers, according to public broadcaster NHK.

The row is the latest headache for organisers already battling public disquiet about the delayed Olympics, with polls showing more than 80 percent of Japanese oppose holding the event this summer.

Mori apologised on Thursday and said he wished to retract his remarks – but then became defensive when questioned, insisting he had heard complaints that women speak at length.

An online campaign calling for action against Mori has attracted more than 140,000 signatures, while tennis superstar Naomi Osaka slammed the comments as “ignorant”.

“It is important that the organising committee gives a careful explanation to volunteers,” he said, after Tokyo 2020 released a statement quoting Mori’s apology and reaffirming its commitment to gender equality and diversity.

But ruling party heavyweight Toshihiro Nikai also reportedly said Monday that volunteers “would change their mind when things calm down”, sparking further ire online and from other politicians.

“If they really want to quit, we’ll need to recruit new ones,” he said, according the Asahi Shimbun newspaper.

Some Olympic sponsors have expressed disappointment to organisers over the furore, the Mainichi Shimbun daily reported.

Some firms told organisers they had received complaints and boycott threats after Mori’s comments, the Mainichi said, citing unnamed sources.

“We would like to refrain from ‘performing’ with president Mori” to promote products, the newspaper quoted one company official as saying.

Sport as an important nation-building tool deserves all backing it can get
3 months ago
3 months ago
PREMIUM!

Sport as an important nation-building tool deserves all backing it can get
3 months ago
3 months ago
PREMIUM!