Stormers dominate our SA Super Rugby XV for the week

The Capetonians certainly set the standard in week one for local sides but our best player actually featured in Bloemfontein... 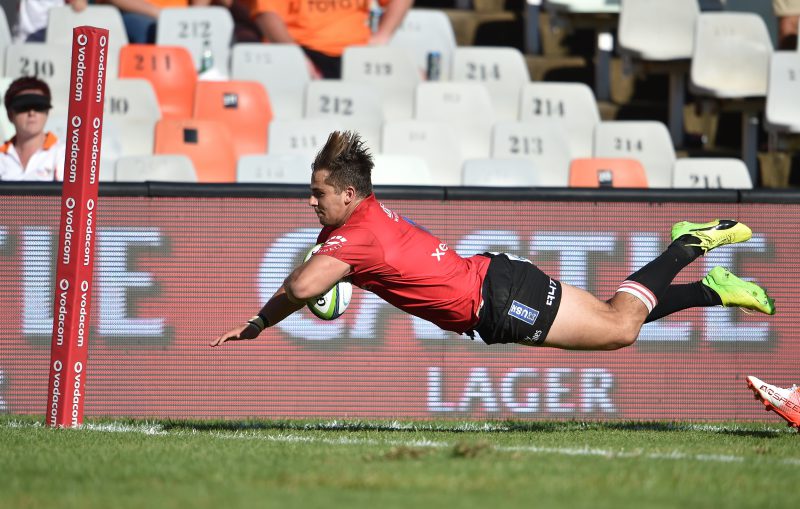 The Citizen’s first Springbok XV for the new season has a distinct Stormers flavour to it.

And that’s not surprising given that Robbie Fleck’s surprisingly well-drilled side played some excellent rugby in a 34-27 win over the Bulls.

But there are a few other faces who also impressed.

“Boeboes”, as he’s affectionately known as, will never let any side down.

He was typically solid in Bloemfontein.

Delightful showing from the Capetonians’ pocket-rocket.

Shifted without to the wing and finished off his try well.

It’s disappointing that a good start to the year will be interrupted by his ankle injury, that will keep him out for 12 weeks.

For once, the Bok centre didn’t just play wrecking ball as he distributed well.

It’s still early days but it doesn’t seem as if the exciting youngster will fall victim to “second-season syndrome”.

His overall improvement in the past year has been dramatic and his work rate has skyrocketed.

That’s important for a modern winger.

Ran well with the ball and scored a poacher’s try.

He’s not known for doing spectacular things but he managed his backline well.

Obviously a superb performance with the boot was notable, though he also showed a willingness to vary his play.

He beat defenders at will, made 2 clean breaks and even scored a try.

Not bad for half an hour of rugby.

There were many contenders in this position but Liebenberg shades it because he shone in a losing side.

Apart from his two tries, the powerful flanker ran hard and carried the ball well.

His tackling was also better than the majority of his teammates.

People can moan about nepotism – his father is the head coach – but junior certainty justified his place in the side.

Ackermann is a blindside flanker in the classic mould – a powerful ball-carrier, good distributor and X-rated attacking instincts.

He played in the No 7 jersey but deserved to be in this team.

Barnstorming start to his captaincy, a responsibility he seems to enjoy.

What a dynamic player.

He’s an organiser in the line-out, a bulldozer with ball in hand and tackles hard – though he missed a few later on.

As always, the proverbial enforcer.

He combines superbly with Du Toit.

Definitely had the upper hand when scrumming and is a surprisingly effective tackler.

He can work on his discipline though, as five penalties conceded illustrates.

The powerhouse hooker showed all his running qualities as an “extra” flanker but the most pleasing aspect of his showing is that he worked on his basics.

He can actually now throw accurately into a line-out.

There’s some life in the Springbok veteran yet.

Local player of the round: Rohan Janse van Rensburg

If there’s one player that stood between winning and losing for the Lions in Bloemfontein, it was this young burly Springbok midfielder.

His brace of tries underlined his match-winning abilities with the winner being scored just four minutes from time, where he produced brilliant support play and nifty handling.