Pat Lambie's injury means Springbok rugby desperately needs Handre Pollard to fire. And the Bulls might have a trump card for that... 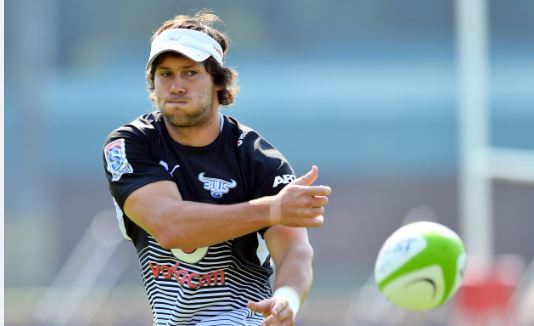 He's back. The Bulls ... and Springboks will hope Jan Serfontein delivers on his rich promise again. Photo: Johan Rynners/Gallo Images.

When the Sharks earlier this week announced Pat Lambie would be out for at least two months with a back injury, the need for Handre Pollard to find form became even bigger.

It’s been a tough return to competitive rugby for the Bulls and Springbok flyhalf, who was out for more than a year.

But the Bulls are hopeful they’ve found a way to kick-start him and their Super Rugby campaign: Jan Serfontein.

Coach Nollis Marais on Tuesday included the classy Bok midfielder in his starting XV for Friday’s match against the Sunwolves at Loftus.

Expectations within the squad aren’t too high for the playmaker, who has just returned from a back injury, but his influence is nonetheless sorely needed.

“Jan is a special player. We’ve included him at outside centre just to help him ease into action again,” said Marais.

“We’re comfortable shifting him to 12 – his specialist position – later in the game and we’ve actually trained with him in both positions. We want to keep things simple for now, he’s not expected to create magic immediately.”

That said, Serfontein’s mere presence could affect Pollard positively in terms of on-field organisation and leadership.

The 23-year-old No 10 had given the impression during the Bulls’ opening two defeats that he did perhaps have too much of a burden to bear.

“Jan is experienced and a Springbok for a reason,” said Marais.

“He’ll give us stability in the backline and he’s another voice on the field. Jan is a man who sees space and creates opportunities. He’s got a good understanding with Handre.”

Pollard himself is excited to have Serfontein as well as the returning Adriaan Strauss as “mentors” this weekend.

“Those two bring a lot of calmness,” he said.

“They automatically make everyone around them more comfortable. It’s a dynamic we can definitely use.”