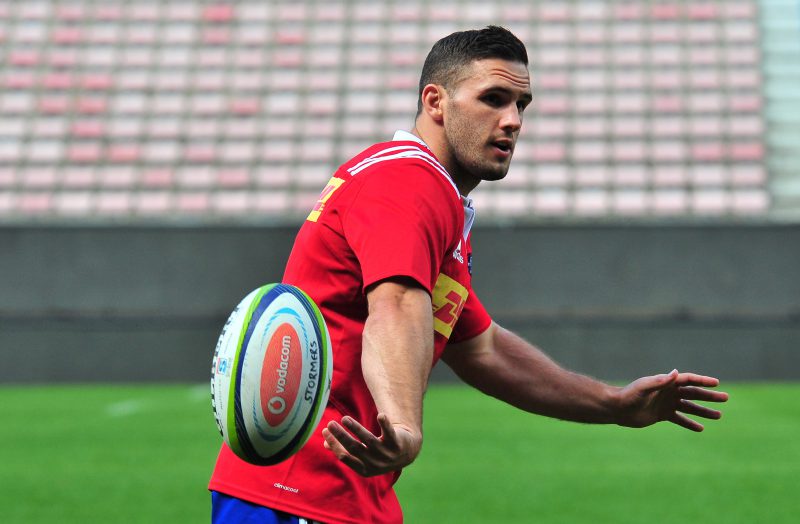 Shaun Treeby could provide the Stormers with inside knowledge against the Highlanders. Photo: Grant Pitcher/Gallo Images.

New Zealander Shaun Treeby will make his Super Rugby debut for the Stormers on Friday.

Yet if you didn’t know the background story, you’d think Robbie Fleck, the Capetonians’ coach, has timed the 28-year-old centre’s selection to be perfectly ironic.

The Stormers’ opponents this week are the Highlanders, the franchise Treeby played 50 times for between 2011 and 2015.

But Fleck isn’t picking him for good sports.

With Dan du Plessis leaving the field early during the 57-24 loss to the Crusaders at the weekend with a dislocated shoulder, the Stormers now only have three fit centres.

Juan de Jongh, Damian de Allende and Huw Jones are all experienced options Fleck currently doesn’t have at his disposal.

Despite recruiting Treeby, the Stormers have – perhaps rightly – not used him as an excuse to ignore local rookies.

In fact, the Kiwi has waited this long for an opportunity exactly for that reason.

“We’ve made it a priority to give our younger centres a chance,” said Fleck on Monday.

“Shaun has been brilliant in that regard. We wanted him to be a mentor for the younger guys and he’s guided them weekly.”

But the need for the Stormers to get their campaign back on track after two successive losses makes Treeby an attractive option for short-term results.

“We’re definitely going to use him, whether it be in the starting line-up or as replacement,” said Fleck.

“He’s got a wealth of experience at Super Rugby level and  he’s very much familiar with how the Highlanders play, for obvious reasons. I’m excited to see how he performs against his former teammates.”

The Stormers will also be heartened by the news that SP Marais is ready to play following a groin strain.

The fullback, unexpectedly recruited late last year as a free agent, has been sensational in this campaign.