Nippy Faf is back with a bang (hopefully) 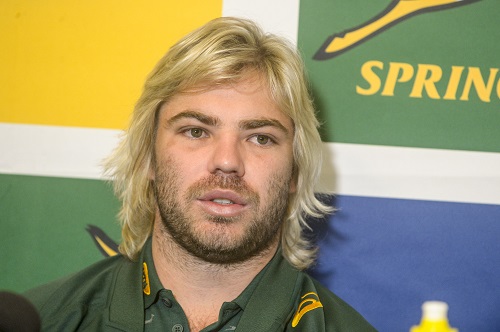 Faf de Klerk didn’t venture overseas in order to prove a point but in hindsight he is glad he did go.

After playing 11 Tests for the Boks in 2016, the former Lions halfback got the cold shoulder from the national selectors last year but then became a big hit with Sale Sharks in the UK after joining them the end of last season, being named one of the Premiership players of the season.

Posted by The Citizen Sport on Tuesday, 5 June 2018

“My times with the Boks and the Lions were great, irrespective of the losses.

I learned a lot, it’s important to take the positives out of every situation,” said De Klerk.

“Maybe if that [being dropped] didn’t happen I wouldn’t have taken my chance to go overseas, it was tough, especially the winter. I grew as a player, but I was never angry before leaving.

“Being back at the Boks after going overseas, I didn’t think it would happen so quickly,” he said.

And on Thursday De Klerk is set to be named as the starting scrumhalf for the opening Test at Ellis Park against England, after scoring 118 points in 24 matches for Sale and also emerging as a prime goal kicker.

“I don’t think there’s pressure on me (personally) as we just want to turn the Bok name around, make it the great team it’s always been,” said the 26-year-old.

“There’s a lot of excitement in the group, everyone’s buying into the plan and I’m really excited what the coaches are bringing forward.”

Playing against a lot of the England team members in the UK, De Klerk said he could be a target if he gets the expected call up.

“England teams always put big pressure on the ruck ball and guys going up, and they put pressure on the No 9, as over there a lot of the exits are done by the 9,” he said.

“Not just me but if any other 9 plays they will do the same thing and if they can slow you down there, their linespeed will kill you.

“But we have guys like [wingers] Aphiwe [Dyantyi] and Sbu Nkosi and they can score from anywhere, they are so quick. So we will have to ensure we get quick ball.”

Rugby World Cup just two years away, but focus is on the now — Am
1 hour ago
1 hour ago

Time away from rugby was 'needed', says Am about refreshed Boks
5 hours ago
5 hours ago

Rugby World Cup just two years away, but focus is on the now — Am
1 hour ago
1 hour ago

Time away from rugby was 'needed', says Am about refreshed Boks
5 hours ago
5 hours ago