Whether it’s freezing or blazing, the Boks will be ready 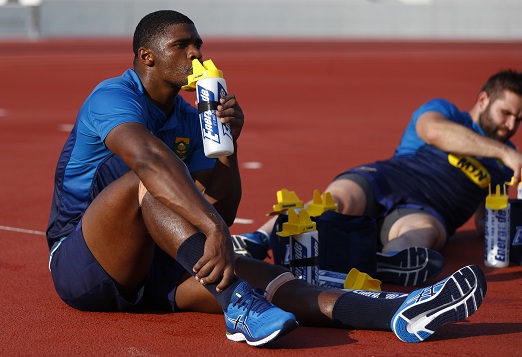 The Springboks have to overcome a mental barrier, according to the team’s head of athletic performance Aled Walters, in their crucial World Cup opener against defending champions New Zealand in Yokohama this weekend.

Walters insisted, however, that they were ready for any conditions.

“Whether it’s 20 degrees or 30 degrees at the weekend, I don’t mind, we just have to embrace it mentally,” Walters said.

The players had already experienced the worst they could expect in the high humidity, Walters felt, with No 8 Duane Vermeulen losing three kilograms during one training session.

“That’s something we’ve become used to,” he said.

“So for that reason I think we have had a massive platform of preparation. We’ve been lucky to have had time to really get used to the conditions.”

Temperatures in Tokyo climbed to a muggy 30 degrees in the build-up, and Walters was content with their preparation.

“I don’t really mind what conditions will be like on match day,” he said.

While no team had won the World Cup after losing a game in the group stages, the Boks were likely to draw confidence that there was little to separate them from New Zealand in their last four clashes.

“We’ve had two good weeks of training here in Japan, the purpose of which was to get in some proper training in tough conditions, which is why we purposefully trained in the hottest part of the day to really get the benefit,” Walters said.

The squad’s dietician had their hydration levels and nutrition under control, which was essential for the players to retain their physical condition.

“The food might have been a worry before we came, because it was coming into the unknown, but it has been excellent,” Walters said.

“The fuelling and the refuelling has been easy, considering how hard they’re training in these conditions.

“World Rugby has done a great job in that the chefs at the hotels are well-prepared in what the majority of teams probably want anyway. It’s exactly like we would get at home.”