Kolisi declares Boks ready to ‘give everything’ against Lions

"It’s rare to get this opportunity to play against the Lions again, most of us won't," said the Bok captain about the opportunity awaiting the players. 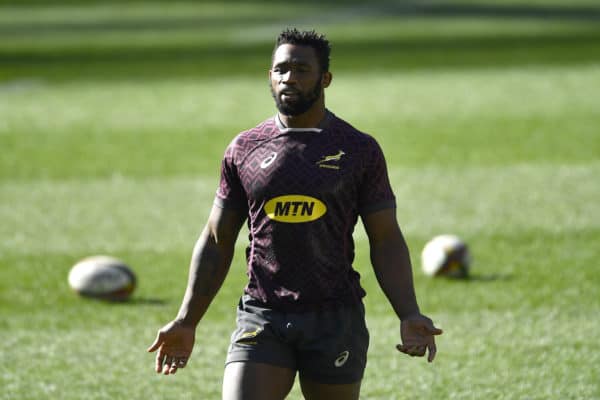 Springbok captain Siya Kolisi says his team will 'give everything' against the Lions in the first Test in Cape Town on Saturday. Picture: Ashley Vlotman/Gallo Images

Springbok captain Siya Kolisi on Friday pronounced himself 100% ready to give everything and inspire his team to do the same in the first Test against the British and Irish Lions in Cape Town on Saturday.

Kolisi played in the Test against Georgia but then missed the two SA A games due to a brush with Covid, and questions have been asked in some, largely foreign, quarters over his readiness for what will certainly be an all-out game of Test rugby.

“I’ve had a good build-up. Obviously it was tough testing positive and going through isolation and everything, but I was involved in every meeting and looking at the team’s preparation.

“And then I felt really good when I went back to training because fortunately I did not have any Covid symptoms. I was fine by the second day and after that it was all just mental being isolated in my room,” said the Bok skipper.

“The coaches know if I get tired, they are very good at noticing that, and making substitutions a the right time, and they will definitely take me off.

“But I know what our bench can do, we have depth and they will turn it up even more, so I won’t be holding back, I am going to give it my absolute all on the field. My focus is just on the stuff I can control and I have a very big job on the field.”

Particularly in the northern hemisphere, there have been whispers that the Springboks’ World Cup triumph was somehow a fluke and they should not be considered the best team in the world anymore. The 2007 World Cup champion Springboks were extremely motivated to beat the Lions in 2009 just to counter any such suggestions themselves and Kolisi hinted that his outfit are using similar fuel to fire them up.

“I spoke to John Smit last night and we have the same mindset as the 2007 side,” Kolisi said.

“We have come through many challenges, guys have been out for a long time with injuries and we have worked hard to get here. It’s rare to get this opportunity to play against the Lions again, most of us won’t. So we really want to win and we will give everything for that result.

“Our fitness levels and plans are there. We are also in a place of privilege to put smiles on peoples’ faces when unfortunately the country is not doing well, and that drives us even more.”