Lions hand No 15 jersey to Simelane

The regular midfielder has made way for Manny Rass who'll link up with Dan Kriel in the centres. 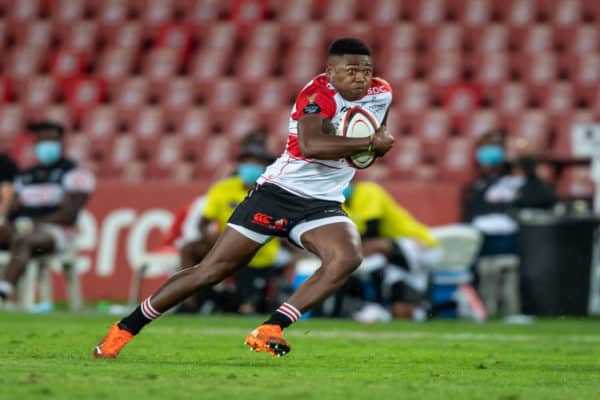 Wandisile Simelane of the Lions will play at fullback against the Bulls on Sunday. Picture: Anton Geyser/Gallo Images

The Lions have made an intriguing decision to play exciting midfielder Wandisile Simelane at fullback in their Currie Cup match against the Bulls at Loftus Versfeld on Sunday.

Simelane has played all his rugby so far at centre and most recently also featured for the SA A side in that position against the Bulls in a warm-up match ahead of the British and Irish Lions series.

The Lions have struggled to fill the fullback position ever since Andries Coetzee left the team two years ago.

Tiaan Swanepoel has been played there, as well as EW Viljoen, and also Divan Rossouw, but no one has managed to hold down their place.

Also back for the Lions this week are Vincent Tshituka, Dan Kriel and Courtnall Skosan, while former Bulls and Springbok tourist, Roelof Smit, also gets a rare chance against his former team.

Kriel will play next to Manny Rass in the centres and they’ll go head to head with the former Lions duo of Harold Vorster and Lionel Mapoe.

The Lions go into the game on the back of a defeat by Griquas, while they also lost to the British and Irish Lions before that.