After three tours as Lions head coach, Gatland said he had not decided on his future. 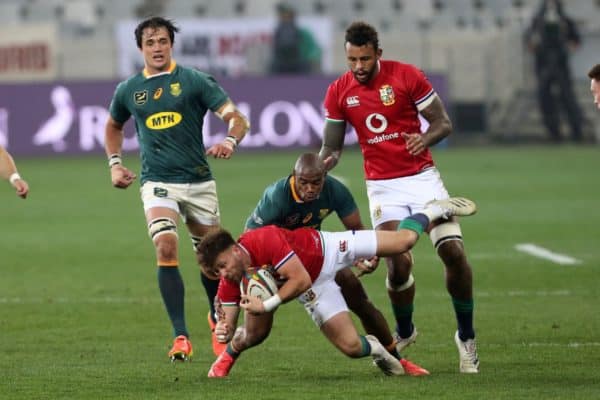 Coach Warren Gatland said on Saturday there should be more preparation time for future British and Irish Lions tours.

Speaking after his team were edged 19-16 in the series-deciding third Test against the Springboks in Cape Town, Gatland praised his players.

“I’m very proud of the effort the guys put in today,” he said. “I thought we were bold, we went out there to be positive and to play some rugby.”

He said the bounce of the ball, a try against the run of play and some tight calls had decided the series-clinching game.

“It was a proper Test match, it was tough and physical and that’s what you expect, what you want with a Lions series. You know it’s not going to be easy going away from home and playing the world champions.”

But he said more planning needed to go into the tours, which happen on a four-year cycle, with the next to Australia in 2025.

England’s Premiership final was held the same day as the Lions’ warm-up game with Japan in June and Gatland was without some of his squad members for the victory over the Brave Blossoms.

“The Lions (organisation) need to go and talk to the clubs and unions about having adequate preparation time to go on a tour.

“You’re playing away from home, there’s a lot of expectation to win a series, you’re putting a team together in such a short period.

“As the Lions, when you’re putting the best players together from the northern hemisphere we get less preparation than the national teams on their home tours.

“Hopefully in the next six months they can hopefully iron that out and get the schedule for the next four years tidied up so that you can get the whole squad together for a couple of weeks before you go on tour.”

After three tours as Lions head coach, Gatland said he had not decided on his future.

“I’m proud of my involvement, I’ve been very fortunate, I’ve been passionate about the Lions,” he said.

“I fly back to New Zealand tomorrow (Sunday). It’s a long flight and then I’ve got 14 days of isolation in a hotel.

“That time on my own will be a good time to think about what the next chapter in my life is going to be.

“I haven’t got any long-term plans.”

Gatland said the Lions had their opportunities on Saturday.

“You get one or two chances at this level and you’ve got to be clinical when they come around. It could have gone either way.

“We turned down a couple of three-point opportunities to go for the corner, tried to build a bit of a lead, to try to put them under a bit of pressure, just to force them to not go to the air and to open up the game.”

He said a penalty count of 15-12 against his team was critical.

“It’s been a tough series, it’s been exciting, it’s what you want to be involved in,” he said.