Griquas will give 100%, says White, as Bulls prepare for battle

Both the Bulls and Griquas are coming off defeats last weekend. 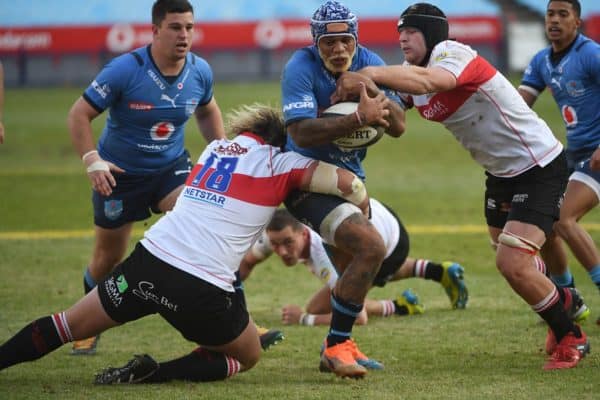 Anyone who watches Griquas play rugby knows they are a side that may be a little rough around the edges but they go all-in with everything they do, and their high-flying third position on the Currie Cup log is the reward for their determination.

Bulls coach Jake White certainly knows how difficult they are to tame even though he will be fielding a rejigged outfit against them at Loftus Versfeld on Wednesday afternoon.

Centre Lionel Mapoe, wing Kurt-Lee Arendse, flank Arno Botha and prop Gerhard Steenekamp all return to the starting line-up, while tighthead Jacques van Rooyen and the highly-rated utility forward Jacques du Plessis, who has returned to Pretoria from Montpellier, are on the bench.

“We’ve picked a strong team, with a couple of guys coming back from injury, because Griquas are not easy to play against,” White said on Tuesday.

“Griquas are really enjoying their season, they’ve done phenomenally well and have had big wins away from home. Every contest on the field they go in with 100% commitment. They have good players who are playing well.”

Both the Bulls and Griquas are coming off defeats last weekend, but the defending Currie Cup champions were probably more annoyed by the way they were ripped apart amidships by the Sharks in the third quarter, when they went from being 20-13 up to trailing 32-20.

“If you’re not on top of your game then you can be on the receiving end,” White said.

“That’s the fantastic thing about sport. If you’re not winning you’re learning, so that will be a learning curve for us.

Bulls must 'adapt' or die, says White, after Edinburgh defeat
3 days ago
3 days ago

Bulls must 'adapt' or die, says White, after Edinburgh defeat
3 days ago
3 days ago