"In finals, teams tend to play Test rugby, but we want to play Sharks rugby; we’ll look to move them around." 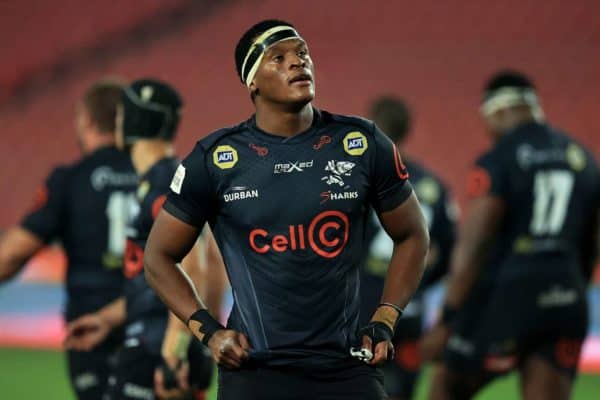 Beating the Bulls at Loftus Versfeld has proven to be a precipitous task ever since Jake White arrived in Pretoria, especially for the Sharks, but their captain Phepsi Buthelezi said on Tuesday that they are backing themselves to do it in the Currie Cup final on Saturday by running the home side off their feet.

The only match White’s Bulls have lost at home was in the opening round of the Currie Cup when they fielded a C team on the same day as the Rainbow Cup final and lost 24-48 to Western Province; the Sharks have lost their last four matches at Loftus Versfeld, including last season’s Currie Cup final, although they took that all the way into extra time.

That record has seen the KwaZulu-Natalians determined to change their fortunes by being more true to themselves.

“We know what we are capable of and we’re not going to listen to what other people say. We obviously want to change our record up there and we’ll do that by playing our rugby,” Buthelezi said.

“In finals, teams tend to play Test rugby, but we want to play Sharks rugby. Obviously the Bulls have a big pack, but we’ll look to move them around.

“As a squad, we have learnt from our mistakes and everyone is feeling confident that we can do this. There’s nothing better than being the underdog and obviously a lot of people are writing us off.

“But we really want to play our brand of rugby and everyone here believes we can win this. It’s an amazing opportunity to disappoint a lot of people.”

ALSO READ: Vermeulen, De Klerk back for Boks, Kolbe out of Wallabies Test

But as much as the Sharks want to play positive rugby, they know that it is going to be vital for them to stop the Bulls’ big hitters. For at least 80 minutes.

And while the Bulls believe it was their superior fitness that won them the last Currie Cup final, the Sharks are confident that they will not be crocked when it comes to the closing stages of the match.

“We believe we’re the fittest team in the competition and altitude is not an issue because we’ve all played in Pretoria so many times,” Buthelezi said.

“Obviously the Bulls’ performance against Western Province in the semi-final was really good, but it’s really simple: If we stop their momentum, then after the third phase they don’t really know what to do and they just kick the ball away.

“Discipline is also vital. It starts with penalties, if you give those away then they get into your 22, they maul you and they have such strong runners off that. That’s just giving them momentum on top of momentum.”