The world champions haven't beaten Australia on their territory in eight years - something the Boks are desperate to correct. 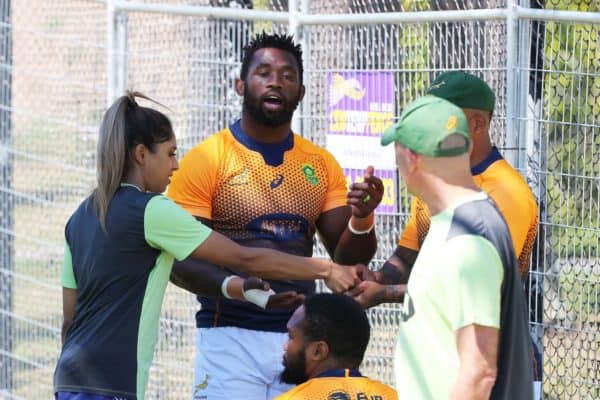 Springbok captain Siya Kolisi speaks during a training session ahead of the team's match against the Wallabies in Gold Coast on Sunday. Picture: Tertius Pickard/Gallo Images

The Springboks have not beaten the Wallabies in Australia since 2013 – a five-game streak – and captain Siya Kolisi said on Saturday that his team are fully focused on rectifying that anomaly when they meet the two-time world champions in a Rugby Championship Test on the Gold Coast on Sunday.

South Africa have beaten Australia in all seven matches back on home turf dating back to 2011, so it is just getting the better of them overseas that is the problem. Kolisi could not put his finger on why that is the case, but he left no doubt as to the current world champions’ desire to claim victory on Sunday.

“You have to give credit to the Wallabies, they don’t lose a lot in Australia, against most teams, especially in Queensland. I don’t know what they do to have that record, but we are 100% focused on what we have to do,” Kolisi said on Saturday.

“Hopefully we will do better than we did in our last game here (the Springboks lost 18-23 in Brisbane in 2018). This is an important match for us because our record is not good when it comes to winning in Australia.

“The most important thing is for us to stick to our process, we haven’t played in three weeks so we have to make sure we are focused.

“We take it game-by-game, make sure we pitch up every day and we have to give Australia the respect they deserve. It’s going to be our plan against their plan, bringing that intensity, who tackles the most and who carries the ball the most.”

As much as the Wallabies will be trying to speed the game up and use their dangerous backline to crack open the Springbok defence, South Africa will also be wanting good, quick ball to make sure their hefty carriers are serviced well.

“Quick ball is important for any team and if we don’t get it then it’s going to be a long day for us,” attack coach Mzwandile Stick said on Saturday.

“We want to make sure that we give our big forwards front-foot ball. It’s not only Michael Hooper who slows the ball down, the Wallabies have a lot of players who apply pressure at the breakdown and we know it’s going to be a massive battle. We need to be clinical there so our No 9 is able to give quick service.

“Australia rely on quick ball too, but they are world-class and on a good day they can really punish you. Samu Kerevi is back, they have wings like Marika Koriobete who have lots of pace, and we have to make sure we don’t give Quade Cooper lots of time and space to make decisions. So we have to respect them, make sure we pitch up and play according to our strengths.” 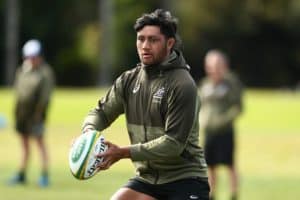 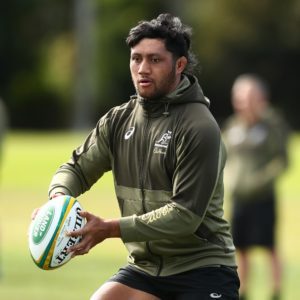