Bok No 8 Vermeulen joins Ulster until 2023

The eighthman was named man of the match in the World Cup final win against England in 2019. 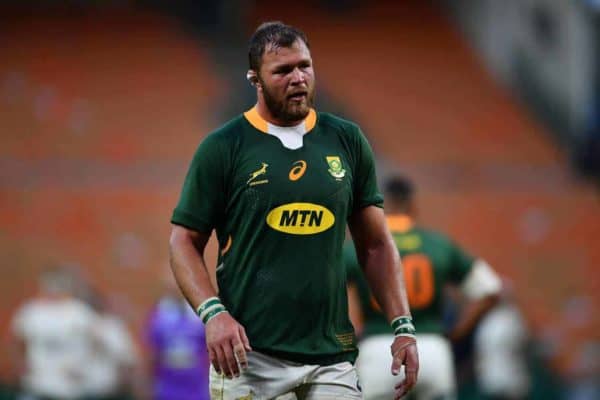 Bulls No 8 and Springbok star Duane Vermeulen will play for Ulster from the end of the year. Picture: Ashley Vlotman/Gallo Images

Vermeulen, among the game’s most influential back rowers, made his comeback from the ankle injury that forced him to miss the recent British and Irish Lions series against Australia on Sunday.

The Wallabies clash last weekend, which the world champions lost 28-26, was the 35-year-old’s first appearance since the 2019 World Cup final victory over England, in which he was named man of the match.

He will head to Belfast in November once he has completed international duties during the autumn Tests in the northern hemisphere.

“Ulster and myself had detailed discussions about the club’s values, expectations and the potential role I can play going forward,” said the 35-year-old.

“It appealed and resonated with me to a point where I got very excited and decided to commit myself to this Ulster journey. I cannot wait to become part of the Ulster family and to serve as best I can.”

Dan McFarland, head coach of the Irish provincial side, said Vermeulen would bring “depth and experience” to the side.

“As well as being an undeniable talent on the pitch, I know Duane will play an important role going forward in strengthening the winning mindset we are building as a squad,” he added.