Pienaar has played plenty of rugby at flyhalf, so being the general is nothing new to him. 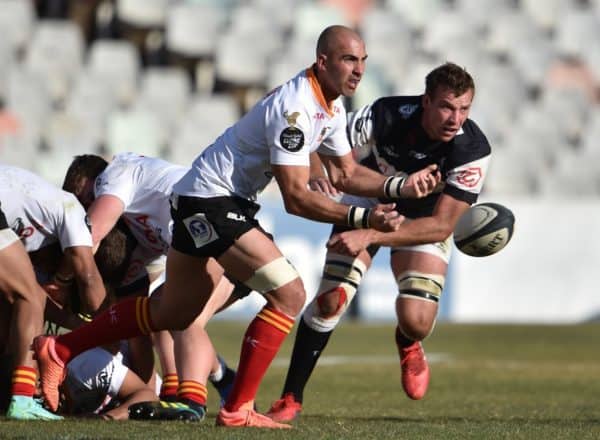 Ruan Pienaar, on loan from the Cheetahs, will turn out for the Sharks this weekend. Picture: Getty Images

There’s no guarantee that veteran Springbok Ruan Pienaar will enjoy sweet success upon his return to the Sharks team for the first time in 11 years, but what he will certainly bring is the right approach to the game when the KwaZulu-Natalians begin their United Rugby Championship journey with a daunting match against Munster, one of the biggest teams in Europe, in Limerick on Saturday.

Pienaar slots straight back into the starting scrumhalf position for the Sharks and, with a relatively inexperienced flyhalf in Boeta Chamberlain named in the team on Thursday, it is the veteran of 88 Tests who will no doubt be calling the shots in terms of game-management.

The 37-year-old Pienaar has also played plenty of rugby at flyhalf, so being the general is nothing new to him, and he spent seven years playing for another Irish club, Ulster.

ALSO READ: URC – Learn more about the SA teams’ opponents in round one

“Ruan obviously brings a lot of experience, which is important when you have a young flyhalf like Boeta,” said Sharks coach Sean Everitt.

“He has been training very well, he is a leader in his own right, and he knows these conditions and the teams we will be playing against. He has an understanding of what needs to be done to win here and his presence is massive for us.

“You just see the quality of his training day-in, day-out, and he has settled in very easily because we play a similar style to the Free State Cheetahs, so the transition has been seamless.

“We need to manage our game better and be more disciplined in that regard, and Ruan understands that. He has good awareness of how to manage a game.”

The arrival of Pienaar on loan means a top-class talent like Sanele Nohamba is on the bench, but Everitt is clearly expecting a tight, almost Test-like tussle before the Sharks can hopefully use their pace and expansive game later in the match. That is also why Curwin Bosch continues to be preferred at fullback, providing a big boot from the back, and Chamberlain, a 22-year-old who is a tough cookie and has shown a commanding all-round game, gets the No 10 jersey.

“Curwin is at fullback because of the way Munster play. We’re looking for a kicking option at 15, where we used to have Aphelele Fassi and his big left boot, as well as Andre Esterhuizen at 12,” Everitt said.

“Curwin also has the ability to counter-attack well from the back. Munster defend really well and have a strong kicking game. They want to trap you into playing in the wrong areas.

“Boeta is an all-round player, he has a good skill-set, kicks well, distributes nicely and is good on the counter-attack. We’ve been blooding him slowly, but he started against the Hurricanes in Super Rugby and did very well, plus he had a very good Preparation Series and was excellent when we beat the Bulls at Kings Park in the wet in March.

“We’ve surrounded him with experience and he’s a guy for the future who can turn a game on his day.”