‘I need to write a new story’ at Toulon, says Springbok star Kolbe 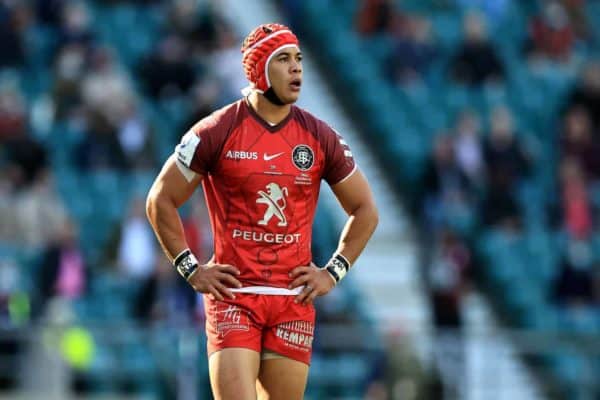 World Cup winning winger Cheslin Kolbe said Friday that he joined Toulon from European champions, and French Top 14 rivals, Toulouse to “take myself out of my comfort zone.”

“The decision that I made, it was not an easy one,” said Kolbe, who scored a try as South Africa beat England in the 2019 World Cup final.

Kolbe joined Toulouse in 2017 and won the French Top 14 twice, in 2019 and last season, and the European Cup last season with the club.

He was yet to appear for his new side after suffering a training-ground injury just before the Springboks left South Africa for the final three matches of the Rugby Championship in Australia in September and October.

The 27-year-old arrived in Toulon on Thursday with his wife and two daughters. He will be unveiled to fans before the home game against Racing 92 on Saturday evening.

Kolbe scored 31 tries in 82 Toulouse appearances but with two years left on his contract opted to move to Toulon in August.

“But I think I achieved what I wanted to achieve at the club. I had given everything that I could. For me, I just need a new challenge. I need a new way to write a new story.”

“The offer to come to Toulon was great for me. It is an opportunity to me to go out and just challenge myself, take myself out of my comfort zone which, for us as rugby players, you become too comfortable if you stay too long in one club,” he said.

“For me it is a way to get out of my comfort zone and make sure that I can perform every time. So I get the opportunity.”

Kolbe said he does not know when he will take the field in a Toulon shirt.

“No specific date, but hopefully very soon,” he said.