Bulls must ‘adapt’ or die, says White, after Edinburgh defeat

The Bulls were on the wrong side of the 50/50 calls by Welsh referee Ben Whitehouse. 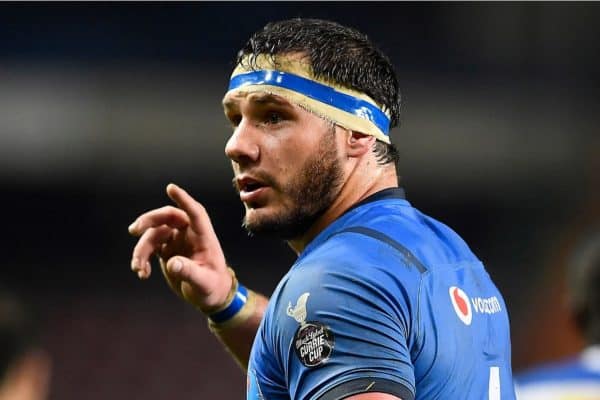 Bulls coach Jake White says South African teams should not expect any charity from the officials up north, but his team also left themselves with too much to do as they fought back from 14-3 down at half-time to eventually lose 17-10 to Edinburgh in their United Rugby Championship match on Saturday evening.

The Bulls were certainly on the wrong side of the 50/50 calls by Welsh referee Ben Whitehouse and, in the dying stages, they had a spectacular scoring effort by wing Madosh Tambwe, off a Morne Steyn crosskick, disallowed as the officials ruled a second movement in the superb cover-tackle by Darcy Graham, in a desperately tight call.

“It doesn’t matter what I think or whether the rain meant he was sliding or it was not one motion,” White said when asked what he thought of the decision after the frustrating defeat.

“It’s about adapting to the referees and we have to realise that we’re not going to be given anything over here.

“We didn’t have any joy at the breakdown. We’d carry for two phases and then generally be turned over or concede a penalty.

“There’s been a lot of talk about the officials and the interpretations of what they see. I’m not being diplomatic, but we’re in this competition for the long haul now and we have to adapt and make it work. We have to find a way.”

The coach admitted, however, that his team had only themselves to blame for being 14-3 down at the break.

“We dropped a kick-off from the restart after we scored and we can’t afford to give the opposition 14 points because we had three turnovers consecutively at the start of the game. That gives you no chance of building pressure, so that’s something we have to work on,” White said.

The Bulls attacked hard in the final minute and Steyn found Tambwe again with a crosskick, but the in-form winger was wrapped up by Graham, who then won a penalty for not releasing the ball, although many critics suspect he never released in the tackle.

“These are the situations we need to learn how to handle,” said White.

“It could have been 17-17 but for two last-ditch tackles that saved the day.”