There are possible spots available in the second row and among the loose forwards, while a third scrumhalf is also required. 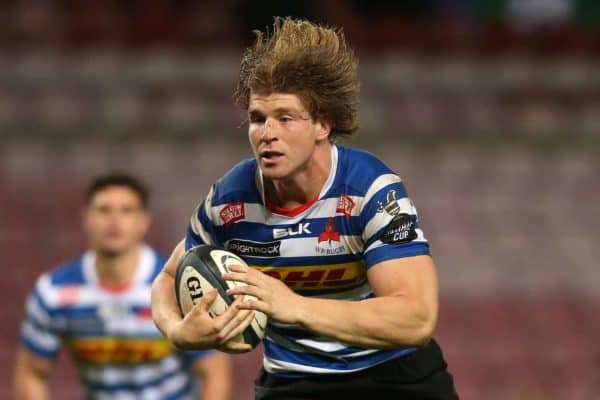 The Springbok squad is set to be named on Tuesday ahead of them leaving over the weekend for their end of year tour of the UK where they will take on Wales, Scotland and England in November.

A large 38-man squad is set to be named, with most of the players selected for the Rug by Championship squad set to keep their places, however injuries could see a few new faces in the mix.

At lock, in-form Stormers captain Salmaan Moerat is expected to get his maiden call up after another injury to RG Snyman, who was set for a recall after missing the Rugby Championship due to a fire pit accident, while Nicolaas Janse van Rensburg has also been ruled out with a calf injury.

At number eight another in-form Stormers player, Evan Roos, could get a call up after some fantastic form for his side in the United Rugby Championship.

This while the Boks continue their search for a permanent replacement for stalwart Duane Vermeulen, with Jasper Wiese having not made as big an impact as expected when he has stepped in recently.

“I don’t want to jinx anything but Salmaan (Moerat), after a serious neck injury, has been massive and Evan Roos has had a great season. So who knows?” said Stormers coach John Dobson at the weekend.

“Luckily this (Springbok) tour shouldn’t affect us unless guys get injured. The Springboks are back the week before we play Zebre, so there are one or two guys who will be hoping to go on the tour.”

Who’ll get nod at scrumhalf?

Another position that could see a new or old face will be scrumhalf, with reports indicating that Faf de Klerk is set to miss the entire tour with a hip injury that may need surgery.

With young up and coming talent Jaden Hendrikse ruled out after he broke his ankle in his second Bok appearance against Argentina in the Rugby Championship, it leaves a gap for the third scrumhalf berth.

Cobus Reinach and Herschel Jantjies are expected to be the senior men in the squad, but it remains to be seen if one of three Sharks scrumhalves might get a call up.

Sanele Nohamba was the original scrumhalf first called up to the Bok squad for the Lions tour, with Hendrikse taking his place before being injured and then Grant Williams brought in to cover for him.

However 37-year-old Ruan Pienaar has made the switch to the Sharks on loan from the Cheetahs and started all four of their URC games and his considerable experience may see the 88-cap Bok veteran get a first call up to the squad since 2015.

Other players ruled out of the tour include prop Frans Malherbe and flank Pieter-Steph du Toit, but with a deluge of available players for both those positions in the Bok mix means a new face is highly unlikely, while wing Cheslin Kolbe’s availability is also on the fence but is another position that is well stacked.