The Pretoria-based team have no less than nine players in the squad of 30 players. 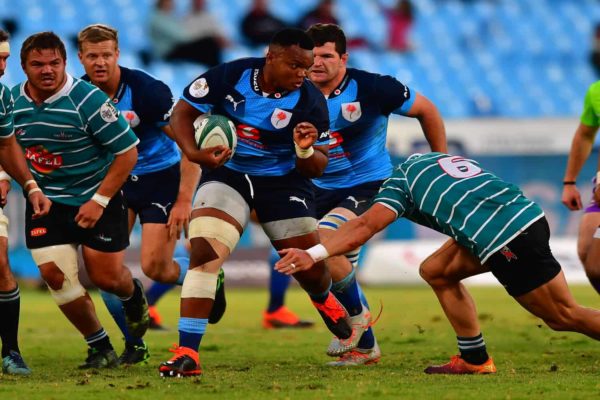 Bulls prop Simphiwe Matanzima will feature for the Champions team in their match against Kenya next weekend. Picture: Johan Rynners/Gallo Images

The names of the 15 players in the starting team for the exciting Champions Match – which was selected by fans of the Currie Cup teams – were revealed on Thursday, with Bulls hooker Schalk Erasmus leading the way with the most votes from rugby supporters across South Africa.

The Champions Match will be played on Saturday, 6 November at Loftus Versfeld, where the selected team, to be coached by Bulls Director of Rugby Jake White, will face Kenya.

Erasmus is followed closely by his Bulls team-mate Simphiwe Matanzima (prop), who managed to collect the second most votes for his inclusion in next weekend’s unique rugby spectacular at the home of the Currie Cup champions.

Players from all seven provincial teams campaigning in the 2021 Currie Cup were eligible for selection. However, it comes as no surprise that the squad – which also feature an extended replacements’ bench – is stacked with players from Bulls, the Pretoria-based side who have been the dominant force in local rugby the last few seasons.

The Bulls have no less than nine players in the squad of 30 players. The rest of the squad consists of six players from the Cheetahs, five Western Province representatives and four from the Sharks. The remaining players were picked from the Pumas and Griquas (two each) and the Lions (one).

The full squad will assemble in Johannesburg on Sunday, where they will prepare for this special encounter.