Battle of the coaches: Nienaber eager to face Pivac again

With Pivac having brought a brand of adaptability to the Wales team, the Bok management are looking forward to the challenge this weekend. 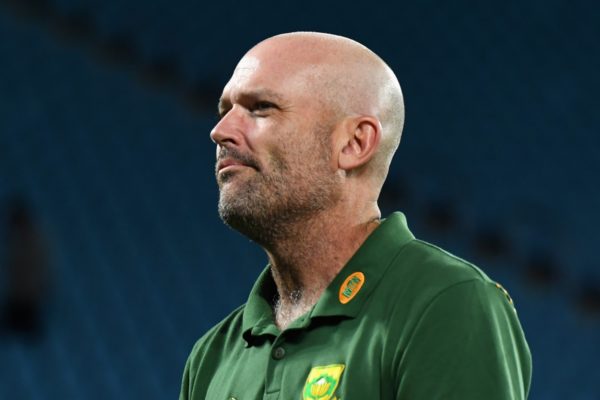 Springbok coach Jacques Nienaber is excited to be going head to head with Wales counterpart Wayne Pivac once again when the two sides head into battle at the Principality Stadium in Cardiff on Saturday.

Pivac is no stranger to Nienaber, who coached against him in the Pro12 competition, and with the Welsh team going through a transition period after parting ways with previous coach Warren Gatland, Nienaber is expecting a clash of styles.

“The Wales that I saw in the Six Nations was the same that I saw in the World Cup in 2019… but the Wales I saw with younger players against Canada and then in the two (mid-year) Tests against Argentina played a little bit of a different style of play, and this weekend against New Zealand it was a match of two halves,” Nienaber explained.

“So I think they’re in a place of transition, and I think they will play the style which conditions will allow and that we will allow, so they are quite an adaptable side.”

Nienaber admitted that it was always tough coming up against Pivac’s sides in the Pro12, and with the New Zealander having brought a similar brand of adaptability into his Wales team, the Bok management were looking forward to the challenge this weekend.

“When I coached against Wayne when he was coaching Scarlets and I was at Munster, that was always the challenge against him. You never knew which type of game you were going to get,” said Nienaber.

“So from a coaching perspective I am really looking forward to this weekend. It is going to be a nice challenge for our coaches in terms of getting our stuff right.”