Lukhanyo Am back to boost Sharks for URC clash with Ulster

Am returns to action after his two-month sojourn in Japan, taking over from Ben Tapuai at outside centre. 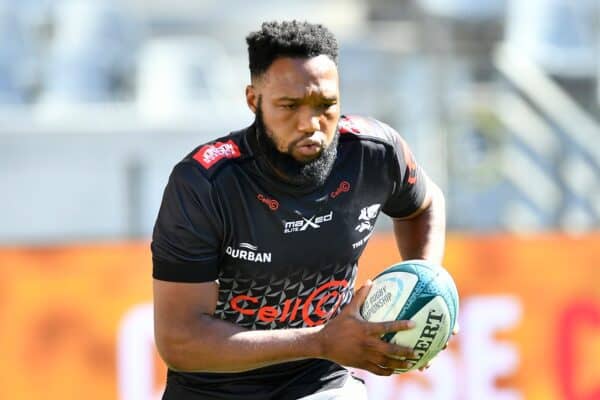 Lukhanyo Am during a Sharks training session. Picture: Gallo Images

Inspirational centre Lukhanyo Am returns to the Sharks starting line-up for their final United Rugby Championship pool clash against Ulster in Belfast on Friday evening.

Head coach Sean Everitt has made just three changes from their last outing, a 41-21 penultimate round victory over Connacht at Kings Park last month.

There is a new lock pairing of Ruben van Heerden and Reniel Hugo who come in for Le Roux Roets and Gerbrandt Grobler respectively, with just the one change to the backline where Am returns to action after his two-month sojourn in Japan, taking over from Ben Tapuai at outside centre.

The pool stages of the tournament couldn’t have ended on a more dramatic note, with only Leinster having guaranteed their position at the top of the log, and just six log points separating teams two through eight.

Home ground advantage is key in any competition come the knock-out rounds, but so too is the reward that comes with winning your country’s Shield, and for this reason Everitt said there would be no holding back from the Sharks this weekend.

“We’re currently sitting on top of the South African Shield and third on the log, so there is everything to play for,” Everitt said.

“We know what a huge challenge it is to go to Belfast to play at Kingspan, but we do believe we have the ability and the players, as well as the coaching team, to go over there and do the job.

“It would be really good for us if we were able to come home and play in front of our fans at Kings Park in a quarterfinal and semi-final.”