The scrumhalf will leave Sale Sharks and join the likes of Pieter-Steph du Toit and Willie le Roux in Japan. 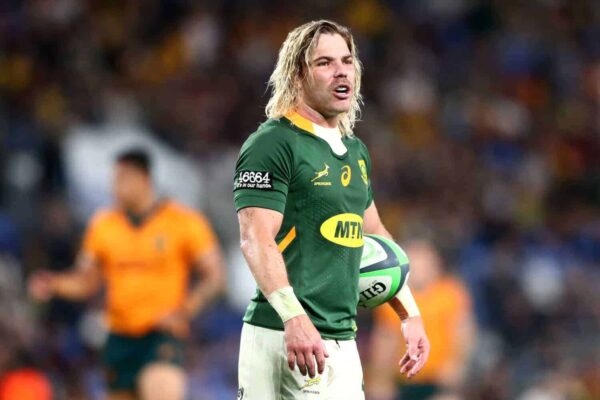 Faf de Klerk will head to Japan in the coming months for the next part of his career. Picture: Chris Hyde/Getty Images

The feisty scrumhalf leaves English Premiership side Sale Sharks and follows in the footsteps of several of his fellow South Africans in moving to the country where they won the World Cup in 2019.

Pieter-Steph du Toit, Willie le Roux, Lukhanyo Am and Malcolm Marx all played in this year’s Japan Rugby League One season, which finished on Sunday.

The 30-year-old De Klerk, who has 36 caps for the Springboks, said he had wanted to move to Japan “at some stage” ever since playing at the 2019 World Cup.

“Now it is a reality and I can’t wait to get stuck in with my teammates and coaches and hopefully make a big impact,” he said in a statement released by the team.

“The Japanese culture is amazing and I look forward to enjoying every moment with my partner, teammates and all the rugby fans of Japan.”

Yokohama, who also have World Cup-winning Springbok Jesse Kriel on their books, finished sixth in the 12-team table.

De Klerk joined Sale from South African side Golden Lions in 2017 and has made 13 appearances this season, scoring one try and 13 points.

His international career had stalled until his stellar form at Sale propelled him back into South Africa selection and he has been the Springboks’ first-choice scrumhalf ever since.