Eymael: I only want to talk about football

Luc Eymael says he came to South Africa for football and that is all he wants to talk about now – not boardroom issues which have kept him away from his beloved game over the last few months. 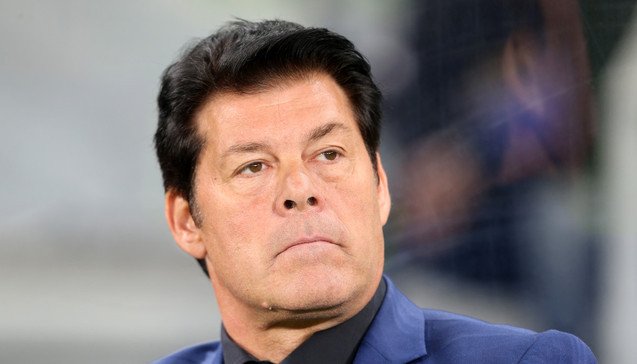 The Belgian mentor was charged with misconduct by the Premier Soccer League last week after he failed to honour their Disciplinary Committee’s ruling which compelled him to go back to Polokwane City and fulfil his contractual obligations there.

Eymael had resigned from Rise and Shine citing an unworkable relationship with their management in March and a day later was announced as the new mentor at Bloemfontein Celtic. City however lodged a complaint with the PSL and won and the DRC ordered Eymael back as he had a valid contract with the Limpopo team.

Celtic and Eymael launched an appeal with the Safa Disute Resolution Chamber and while waiting for a date of the appeal, were reportedly surprised to hear the PSL had charged him.

Eymael said he was awaiting the decision of his appeal this week before knowing what the next step would be.

“I do not wish to speak on this again. We have an appeal pending. I will only talk after the appeal. You will know after that appeal what happens,” he said before adding: “I only want to talk about football now.”

“The Premier Soccer League Disciplinary Committee has charged Luc Eymael for failing to comply with an Order of the PSL Dispute Resolution Chamber (DRC). Polokwane City had approached the PSL DRC after Eymael had resigned as the club’s coach with immediate effect and thereafter signed a contract with Bloemfontein Celtic FC as coach. On 14 April 2017, the PSL Dispute Resolution Chamber ordered Luc Eymael to return to Polokwane City to serve as head coach for the duration of his contact of employment which was found to be valid and binding,” read the statement from the PSL.

Eymael will appear before the DRC on May 16.