Kaizer Chiefs are now 10 points clear atop the Absa Premiership standings after they put up an inspired performance to beat Stellenbosch FC 4-0 at Cape Town Stadium on Wednesday night. 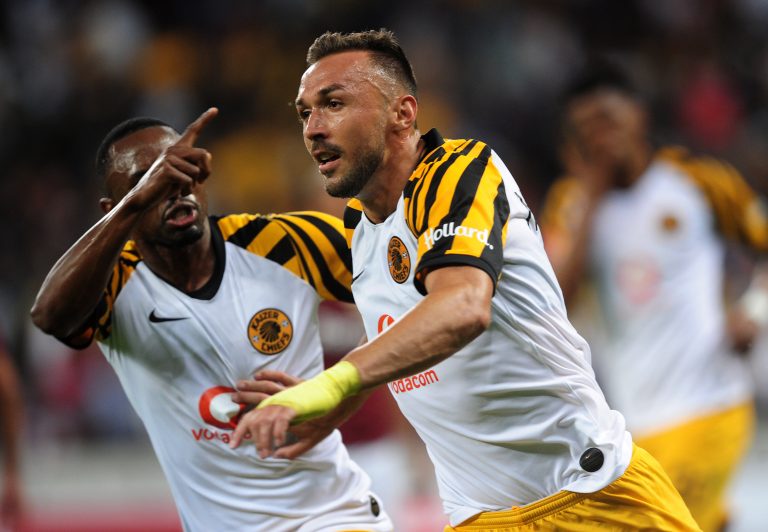 Coming from a deflating defeat in the cup at the weekend where they were outclassed by Maritzburg United, Ernst Middendorp side’s returned to winning ways in fine style.

Amakhosi showed their intentions from the onset as they their hosts back in the early exchanges. Their incessant attacks were rewarded 11 minutes into the game when Siyabonga Ngezana scored from a corner.

But instead of his team-mates celebrating with him, the senior players like Willard Katsande and Bernard Parker scolded him for earning himself a yellow card by taking off his shirt as he celebrated the goal. The yellow meant he had to be extra careful for the rest of the 80 remaining minutes to not get booked again and be sent off.

Kearyn Baccus – who had a terrible game against Maritzburg and was substituted at half time – almost increased the lead two minutes later as he weaved his way through the Stellies defence but his shot was not too convincing and Boy De Jongh managed to parry it away.

Lebogang Manyama also had an effort sailing wide at 21 minutes as he was lucky to be gifted the ball by Jarrid Moorole. But a minute later Chiefs got their second as Samir Nurkovic headed in from Manyama’s corner to make it 2-0.

Seeing that their strategy to sit back and try to absorb pressure was not working out, Stellies tried to change as they looked to go forward more but it didn’t work our as they were already unsettled.

Their attacks didn’t come to any fruition and they were forced to taking shots from range as Amakhosi were better organised at the back with Ngezana partnering Daniel Cardoso at centre back and Yagan Sasman moved to left back. Those long range efforts however did little to trouble Daniel Akpeyi who hardly had anything to do.

Steve Barker made two changes at the start of the second half with Moroole taken off for Diego Franco and Lelethu Skelem taking Deono van Rooyen’s place as they looked for a way back into the game. The changes seemed to work as they managed to stop Chiefs easily sailing through to their box and also made some inroads in attack.

But as they looked to be good going forward, they were left exposed at the back and Nurkovic punished them as he scored his second and Amakhosi’s third with just a little over 15 minutes to the end. Dumisani Zuma – who replaced Billiat four minutes into the second half scored the fourth right at the death.