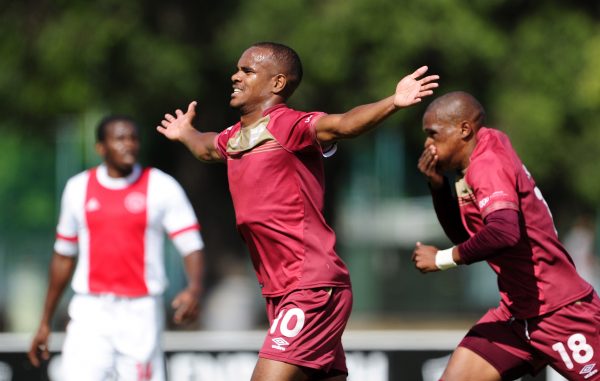 The 24-year-old has five goals and six assists in his first season in top tier.

“I can confirm that Iqraam is off to SuperSport United when our campaign is done,” said Barker at the post-match press conference. “We can only wish him well. He’s a youngster with undoubted talent and no surprise to see a big club come knocking at the door and present him with an offer that he couldn’t refuse. But he’s with us for the next four months and I’ve told him he has a legacy to leave behind.

“It’s his first season competing in the elite league and together with Waseem can go on to form one of the top strike pair in the league,” Barker added. “They scored a combined 28 goals in the NFD last season to end off as the top two scorers. We’ve still got another 12 games to play and I’m sure they’ll be aiming to be add to their tallies.”