Mutizwa hoping to play for Chiefs just like his idol Musona

He said he was still happy at Arrows but harboured dreams of wearing the famous gold and black of the Glamour Boys. 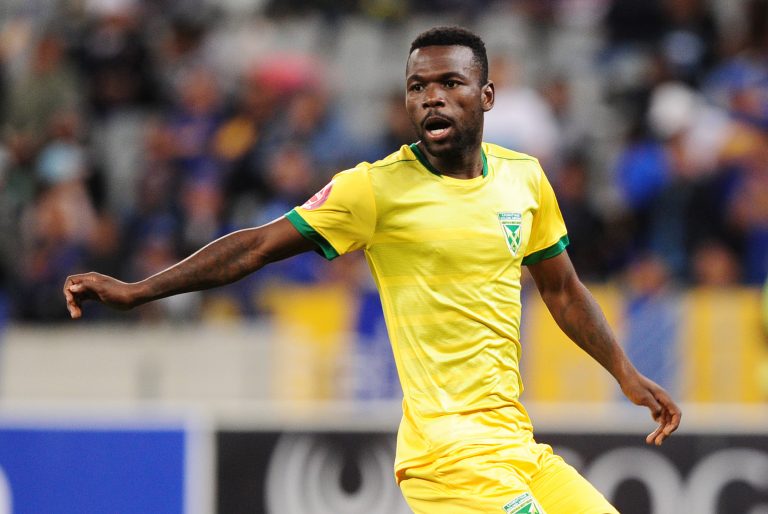 Golden Arrows striker Knox Mutizwa this week revealed that he wanted to play for Kaizer Chiefs so he can replicate what his Zimbabwean countryman and idol, Knowledge Musona did while at the Naturena-based side.

Musona was Amakhosi’s leading marksman in his two stints at the club before he went overseas.

“I think Knowledge Musona played quite a good role at Kaizer Chiefs and scored some important goals so everyone in Zimbabwe wanted to come to South Africa because of Musona.

“I don’t think he scored as many goals as I have right now, I don’t know, I’ll check it out and see, but I don’t think I’m too far off. One day I will also play for Kaizer Chiefs, I will do what he did,” he said.

Mutizwa is expected to lead the front line for Abafana Bes’thende when they meet Amakhosi at Moses Mabhida Stadium on Saturday afternoon.

He said he was still happy at Arrows but harboured dreams of wearing the famous gold and black of the Glamour Boys.

“I’m okay here at Arrows but obviously every player wants to play for a big team. Right now I’m comfortable at Arrows. Everything is going well, but in future…”