Free State Stars midfielder, Danny Venter has pledged his support to new coach, Serame Letsoaka whom he believes will revive the ailing Bethlehem based side. 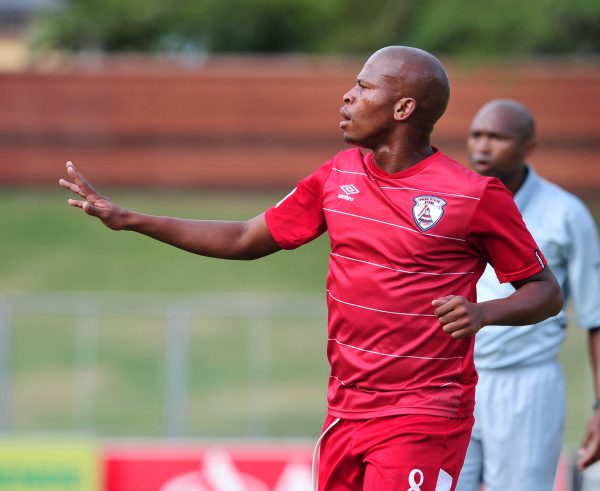 “We welcome the new coach Serame Letsoaka,” Venter told the club’s website on Tuesday. “He brings vast experience in the team, he has been around and most importantly he knows the culture of the club having previously played and captained the team,” he added.

The 29-year-old Klerksdorp-born Venter seemed impressed so far with Letsoaka’s professionalism, and said he has not doubts the mentor will be successful.

“He takes his job seriously, his preparations are on points and he certainly knows what he is doing. I have no doubt that he will do well in the team, of course that is with our support.

“We certainly want to move away from the relegation zone and we believe coach Serame is the right man to get this team out of the danger,” he said.

Letsoaka made an impressive start to his Absa Premiership coaching career last season guiding league returnees, Golden Arrows to top of the table. His exploits attracted Bloemfontein Celtic who lured him to the City of Roses. His stay at Phunya Selesele wasn’t as fruitful as he would have thought and was relieved of his duties in September last year, just two months into the new campaign.

But he has another chance to prove his mettle at the team where he began his footballing career as a player some 30 years ago.

Ea Lla Koto are currently 15th on the Premiership table with 14 points off 15 games.  They resume their league campaign against Kaizer Chiefs on February 7.