Kaizer Chiefs defender Lorenzo Gordinho and Lamontville Golden Arrows coach Clinton Larson, were voted the best player and coach of the month for August and September 2016. 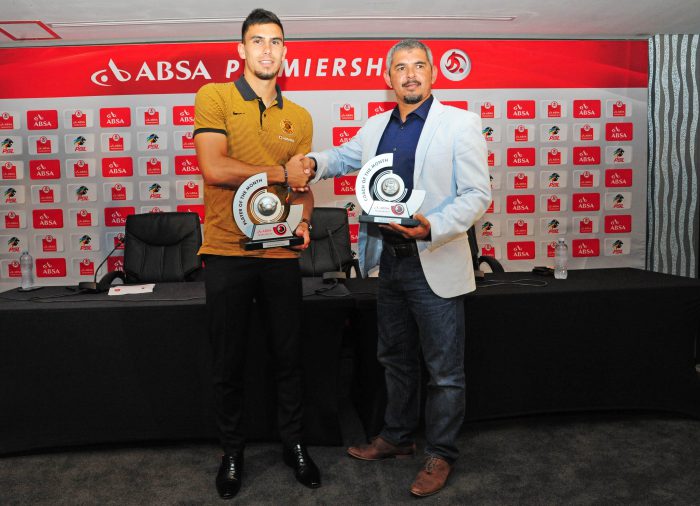 After impressive performances during this period by the centre-back, which included him scoring some crucial goals in the opening two months of the 2016/17 Absa Premiership campaign, Gordinho was also selected due to his consistent displays at the back for Amakhosi as well as his level of maturity having recently made a step up to regular football in the elite division.

This is the first time Gordinho claimed the monthly award. The 22-year old from Benoni, took the award after receiving the most votes from a panel of experts.

Durban-born coach Larsen, who after guiding Abafana Besthende to four wins during the two respective months, became the first coach to win the award in the 2016/17 Absa Premiership season, as he guided his side to top of the log standings by the start of October. The judging panel were impressed by the exciting display of his team in producing the good results.

Larsen masterminded a a good turnaround of results following Arrows’ opening day of the season defeat to Orlando Pirates, guiding his team to three wins and one draw after that loss in Soweto.

During the August-September block of fixtures, Arrows collected 10 points as they registered away wins at Free State Stars and Bloemfontein Celtic, a home victory over newboys Cape Town City, drew with SuperSport United, while they lost their opening game of the season away at Orlando Pirates. The club scored seven goals during this period.

Larsen narrowly got the nod ahead of Bidvest Wits’ coach Gavin Hunt.

The Players and Coach of the Month awards were selected by a panel of judges made up of members of the broadcast partners and football analysts and was convened by renowned local coach Farouk Khan.