An Orlando Pirates fan has told club captain, Oupa Manyisa to pull up his socks as he is the weakest link in the Bucs midfield. The fan, who calls himself McDonald on Twitter, was replying to Manyisa’s tweet he posted on Wednesday night thanking the fans for coming out to support them.

Manyisa tweeted a photo of the Pirates fans and captioned it with: “Thanks to the faithful for coming to support tonight. We will keep fighting for you.”

But he must have never expected McDonald’s reply: “You are the weakest link in that midfield, pull up your socks and stop tweeting.”

Bucs players have been under constant pressure as fans believe they are not giving their best in games this season which coincides with the club’s 80th anniversary. 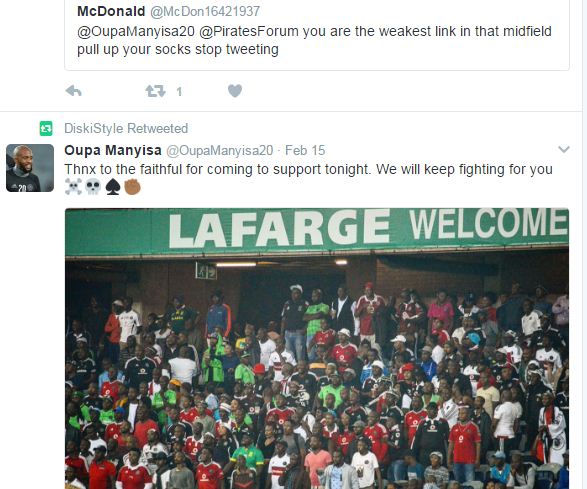