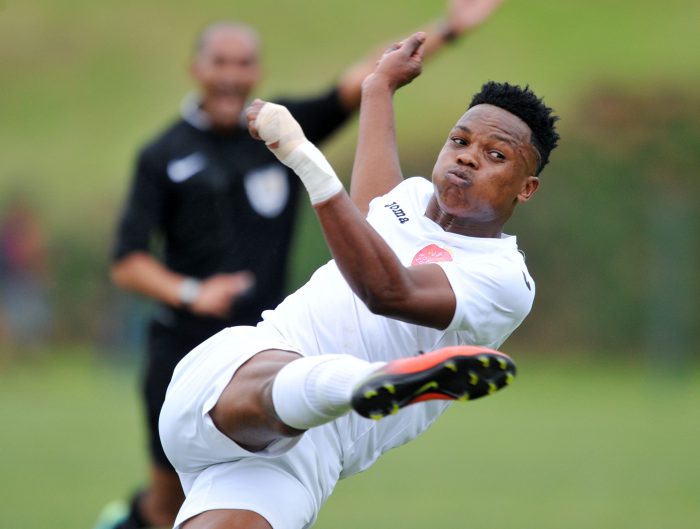 Quoting a source, Sunday Sun reports that Mhlengi’s real name is Lindani Cele and he is said to be 33 years old.

The unnamed source claimed the name Mhlengi belonged to his 29-year-old brother.

“It’s known that Lindani is his real name. We went to school with him. So, when he got a contract to play for a Premier Soccer League team, he chose to change his identity to that of his younger brother. Sometimes, he even forgets that he’s now using his younger brother’s identity and corrects us when we call him Mhlengi instead of Lindani,” the source is quoted as saying.

“It’s wrong to lie about your age. Age cheating is killing our football. He must use his original age and stop this nonsense.”

READ: Chiefs, Pirates miss out on Cele and Konqobe

When called to comment, Mhlengi said: “Yes, my real name is Lindani. There’s a reason why this happened. Please, call me after 2pm, I’m in a meeting. I’ll explain everything.”

Mhlengi is not the first player to be accused of age cheating.

The late Orlando Pirates and Bafana Bafana goalkeeper Senzo Meyiwa was also accused of it shortly after his death.