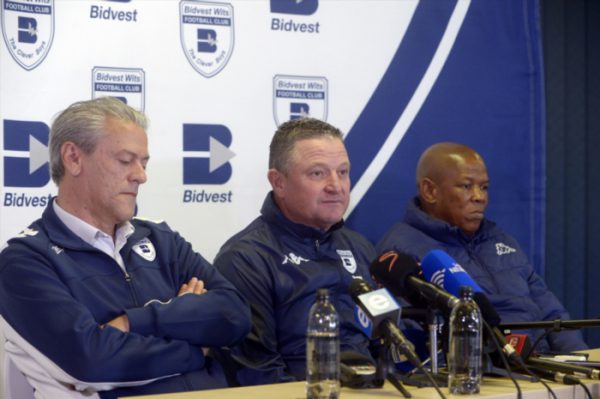 Wits have not lived up to expectations in continental competitions. And with the technical team fielding players that it wouldn’t field in league or domestic competitions, the Students have been accused of not taking the Caf competitions seriously.

“We will keep on giving it a go like we always had in the past by fielding our first team‚ unlike other teams who play with their fringe players but don’t get accused of not taking the tournament seriously‚” Ferreira said.

“It’s unfair criticism. I want to give you an example‚ in February‚ March and April –  Mamelodi Sundowns‚ SuperSport United‚ Platinum Stars and us were all playing in the Caf competitions knockout stages.

“Look at their line-ups and tell me who played their first team and who didn’t?

“Who took the competition seriously and who played their fringe players?

“Not one of them played their first teams but we did and we still got hammered by the press‚” he added.

“Last season was a pity because we came across Al Ahly just before the group stages and we lost 1-0 on aggregate.

“If you remember about three years ago‚ we played against a team from Swaziland and won 3-0 here at home with a fringe team.

“That’s when players like Phakamani Mahlambi were coming through the system and so forth.

“We took the very exact team to Swaziland on the return leg‚ lost 3-0 and the press killed us.

“Which is not fair because it was the very same team that played at home and won handsomely‚” commented Ferreira.