Former Bafana Bafana star, Sibusiso Zuma has admitted that it hurts that he is more celebrated in Denmark than he is in his own country. 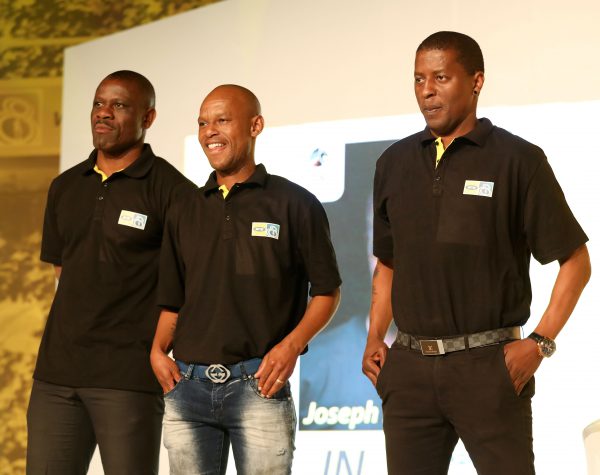 Zuma was last week again honoured by FC Copenhagen who thanked him for his contribution when he played for the team between 1999 and 2005.

Phakaaathi caught up with ‘Rhee’ during the MTN8 official launch in Sandton on Monday afternoon.

He was unveiled as one of the legends who will be ambassadors for the competition this year and he said he hopes the concept catches on with other corporates as well.

“We are still far behind in such things in South Africa,” he said. “But we are learning. It is a different story in Europe. Teams honour their legends continuously that side. The fans love and appreciate their legends,” he added.

He continued: “But now with what MTN has done maybe it will set a good precedent for other big companies to follow. There are a lot of guys who have played and made a mark in local football who can be used as well,” he said.

Zuma said the legends should perhaps take it upon themselves to better their lives by meeting regularly to catch-up so they can help each other grown outside of football.

“I have proposed to the guys when we met last week that we must at least meet twice or three times in a year where we play a friendly match and later have a braai and network with each other. See how each one of us is doing and help where we can,” he said.

Zuma also revealed that he was pleasantly surprised when a photo of himself with former African Wanderers colleagues Siyabonga Nomvethe and Phumlani Mkhize suddenly trended on social media last week.

“That photo is all over and I don’t know why,” he said. “I was shocked because I never expected it. My phone has plenty of them because people were sending it to me and I wondered why it had suddenly become so popular again. It was a nice feeling.”