Mabokgwane hopes for a good start for Pirates

Orlando Pirates goalkeeper Jackson Mabokgwane is optimistic that a good start will propel the club to greater heights this season following their dismal display in the last two campaigns. 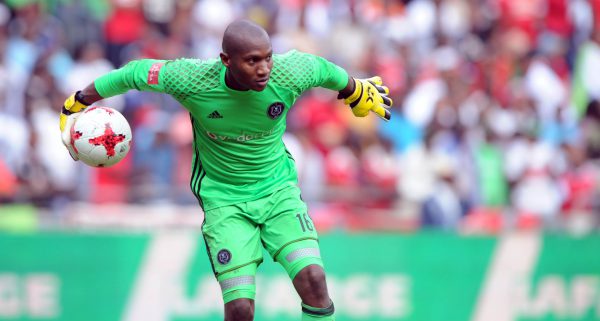 The Buccaneers are looking to start their 2017/2018 campaign in a fresh and determined state of mind as they host Chippa United at the Orlando Stadium tonight.

“The only way to understand how much we want to see positive changes this season is by making it a point that we give our best performance in our first game. I think it will set a tone on how willing and strong-minded we are about getting the team back to being the best in the league,” said the Bucs shot-stopper during a media conference ahead of the game.

“There is a lot of hunger in the team, everyone is eager to see the club doing well. We are disappointed on what happened in the last two seasons, particularly last season. Pirates are a big team that are always anticipating trophies – that is how it is supposed to be.”

Ahead of their first game, there are a couple of changes in the technical team – new coach, new assistant coach, new goalkeeping coach and new players, as well as in Mabokgwane’s department after the club brought former Mamelodi Sundowns keeper Wayne Sandilands.

Mabokgwane believes the changes at the club will work for the better and competition for places will be healthy and highly contested by everyone.

“The team look very good, we have been preparing very well and everyone has been working very hard. Every time there are new players in the team, it brings nice competition and every player will want to step up their game.”

The Buccaneers and the Chilli Boys met twice last season with Bucs emerging as victors on both occasions.