Safa is studying the contents of the report from Fifa, and will issue a statement on its intentions to challenge that decision. 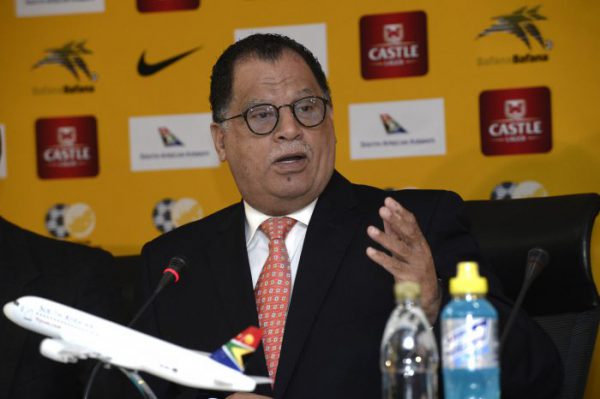 The South African Football Association (Safa) has denied any wrongdoing on their part in the incident that led to Fifa ordering the Bafana Bafana clash against Senegal to be replayed.

The world football governing body on Wednesday announced that the World Cup qualifier between Bafana Bafana and Senegal, played on November 12 last year, should be replayed due to “match manipulation” by referee Joseph Lamptey.

Lamptey awarded a penalty to Bafana just before half-time when Senegal’s Kalidou Koulibaly was adjudged to have handled the ball in the box. However, replays proved the ball had hit Koulibaly’s legs.

“Safa can confirm that we received a report from Fifa stating that we should replay our Fifa World Cup match against Senegal that was played last year on 12 November 2016 in Polokwane, which South Africa won 2-1,” Safa said in a statement.

“According to Fifa, this decision follows the confirmation of the Court of Arbitration for Sport (CAS) to uphold the lifetime ban of match referee, Joseph Lamptey, for match manipulation, the ruling imposed by the Fifa Disciplinary and Appeal Committees.

“In their letter, Fifa further suggests that the match will be replayed within the November 2017 international window, with the exact date to be confirmed in due course.

“Safa is studying the contents of the report and will issue a statement on intentions to challenge that decision.

“Safa wishes to also state categorically that it was in no way involved with any wrongdoing related to the actions of the referee, as stated in the Fifa report.

“In the meantime, all issues related to this matter will be handled by Senior Counsel, Mr Norman Arendse,” concluded the Safa statement.

Bafana’s next World Cup qualifier is against Burkina Faso at the FNB Stadium on October 7.