SA under-20 striker Lyle Foster has been promoted to the Orlando Pirates senior squad. 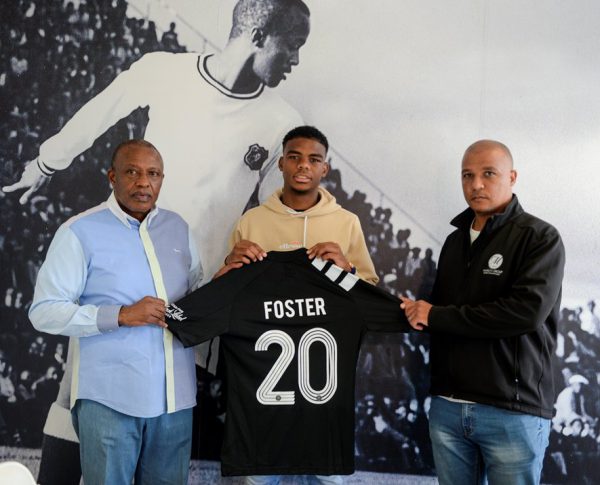 Foster has expressed disbelief at being promoted to the Bucs senior team at only 17 years old.

“This is unreal. To be promoted to the senior team at such a young age is a big honour for me and my family. I’m looking forward to learning from the coaches and growing as a player in my new environment. I want to thank God because this wouldn’t have been possible without him, and I also thank my family and the Club for the guidance and support,” Foster told the club’s website.

“We’ve played with Hloni and Yusuf before, so when they got promoted, it was pretty cool. It showed us that there is always a chance that someone else will follow. They opened the door for guys like me, and hopefully I can do the same for the others, you know.”

“Some of the best footballers that the country has ever produced have donned this jersey. The likes of Chippa Moloi, Teboho’s father, he was one of the best. That’s why you see his picture on the walls. Together with many names like Jomo Sono and Kaizer Motaung, these players made an impact at this club and left their mark,” said Khoza.

“At 17 years of age, you join a group of players that includes Jomo, who made history by being among the youngest ever signed by this club. Congratulations Mr Foster, we look forward to seeing great things from you with this club.”

Foster will wear jersey number 20 jersey at Pirates. The jersey was worn by Oupa Manyisa, who left Pirates to join Mamelodi Sundowns.