Ramagalela not bitter about Bafana omission 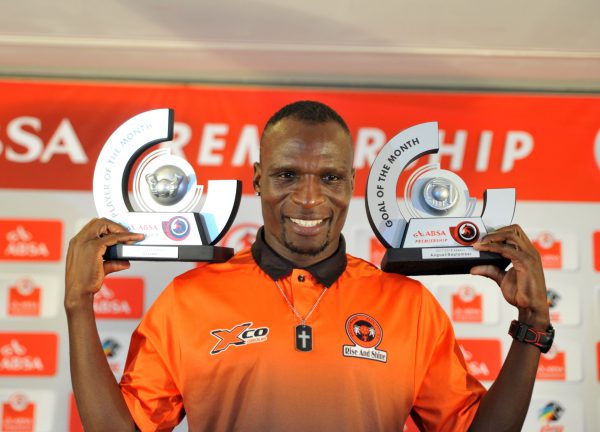 The former Mamelodi Sundowns striker believes that the squad selected by Stuart Baxter will play well and get a win against Senegal at Peter Mokaba Stadium on Friday.

“When it comes to national team, we don’t have control over it. I just have to work hard and wait just like you guys who are waiting for me to be selected,” said Ramagalela after being announced as the winner for the Goal of the Month ( August/September) and Player of the Month (October) awards winner at the PSL office on Thursday.

“But at the end of the day we are all South Africans we should support our national team and the only thing we have to do is go to the stadium and support the team.”

“I believe the players in the team will do the job the country.”

Ramagalela added that he will be in Polokwane tomorrow to support Bafana Bafana in their crucial Fifa 2018 World Cup qualifier against Senegal.