Can it be two times lucky for Mthembu over former teams in Durban?

The last time Siphelele Mthembu played a cup game in Durban, his then side Platinum Stars emerged victorious over his former team Orlando Pirates in a Telkom Knockout Cup final. 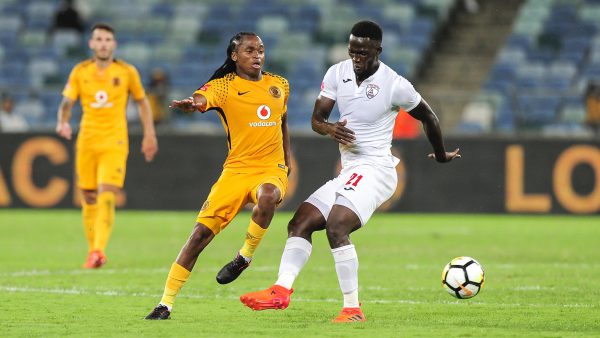 The 30-year-old striker will again come up against his former side when his current employers Free State Stars meet Kaizer Chiefs in a Nedbank Cup semi final at Moses Mabhida Stadium on Saturday night.

Shaka – as Mthembu is popularly known in football circles – was a target for the boo boys at both Pirates and Chiefs but he says that is nothing personal.

“There is nothing you can change about that,” he said. “Supporters want that which makes them happy. As footballers our lives are different because we have to give people something to be happy about. If we don’t give they are not happy,” he said of the torments he suffered at the Soweto giants.

He said disappointing Amakhosi fans on Saturday has not crossed his mind as he is focused on doing his job and enjoying himself with his new team.

“It is déjà vu for me because when I was at Stars we played a final there against Pirates and you know the Pirates fans had also booed me,” he said. “I don’t have to prove anything to anyone. People will always talk. I just want to enjoy the match and score goals but the most important thing will be to get to the final,” he said.

ALSO READ: Kaizer Chiefs have not contacted me – Eymael