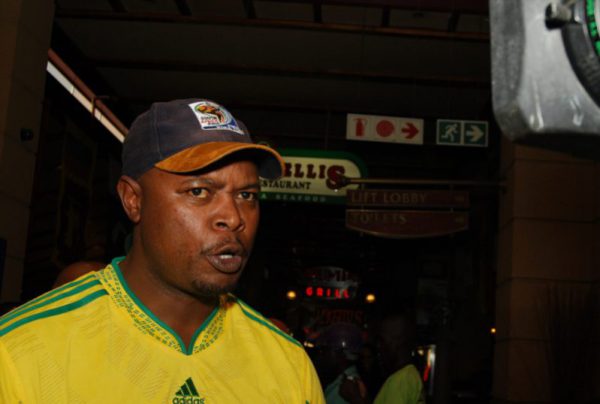 The Absa Premiership champions will face the Spanish giants at FNB Stadium this evening.

“Yeah look, I think it is a good exhibition game for two champions and I am not sure how will it benefit us as a nation or Sundowns because they will just leave after the game,” Masinga told Goal.

“I would have liked to see (Barcelona) the players perhaps hoping to visit children, the local clubs, conduct some training clinics, but they have a busy schedule,” he said.

“Some of their players are preparing for the World Cup and going to their national teams – but it’s important for the young kids to see their heroes live and that will inspire them.

“For Sundowns, I think to share to pitch with these stars will also help them to learn from the game as far as tactics and conduct is concerned,” he noted.

“Sundowns have just won the league and they will want to measure their progress on the field of play in issues such as tactical awareness and so on,” he continued.

“Having said that, the two leagues will be on a scale to measure our PSL brand. The matter of quality of our players and that is why I say the game will not be intense because Barcelona players are heading to Russia – I don’t expect 100% energy in the game,” said the 48-year-old.

“Yes it will be a wonderful occasion for the fans as well, it is a big occasion because they showed their support by buying the tickets,” he added.

“Moreover, for Iniesta, the game will bring back memories after lifting the World Cup trophy at the same venue in 2010 and he is set to leave the club, if that is true – it will be special for him,” said the Klerksdorp-born star.

“I will enjoy the game, but even more when Sundowns win,” concluded the legend.

OPINION: Onyango is ever the team player
1 day ago
1 day ago

Sundowns to discipline Onyango?
2 days ago
2 days ago

It's a team error, says Mokwena as he dehorts against crucifying Onyango
3 days ago
3 days ago

OPINION: Onyango is ever the team player
1 day ago
1 day ago

Sundowns to discipline Onyango?
2 days ago
2 days ago

It's a team error, says Mokwena as he dehorts against crucifying Onyango
3 days ago
3 days ago