Maritzburg are the underdogs – Davids

Maritzburg United coach Fadlu Davids has claimed his side are the underdogs going into this evening's Nedbank Cup final where they meet Free State Stars at Cape Town Stadium at 7pm. 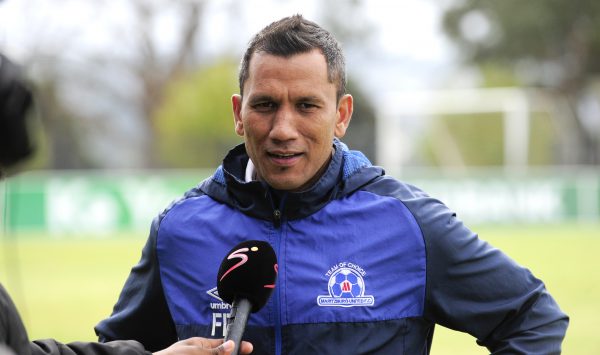 Despite Ea Lla Koto last winning a cup in 1994, Davids believes the Bethlehem-based side have the cup pedigree arguing that some of the players in their side have been to cup finals before.

“The most important thing for us is to approach this match like we do a normal game,” said Davids this week. “Stars have more cup pedigree than us. They have been there before. We are the underdogs,” he added.

READ: I am staying with Maritzburg – Davids

Ea Lla Koto have the likes of Rooi Mahamutsa, Patrick Phungwayo, Nhlanhla Vilakazi, Paulos Masehe and are coached by Luc Eymael who have been in cup finals at their previous clubs.

“It’s not that I prefer us being underdogs, it is clear we are. Some of their players have played in finals before.

“For us, it is only Siyanda Xulu and Bevan Fransman who have played in finals before,” said the 36-year-old mentor.

He said Stars are a formidable side and they will not be under any illusions about the task at hand, and will have to work extra hard to get a good result. In two league games this season, both won away.

“They are a well organised team and very sharp on a counter. We will have to be cutious in our build up,” said the Cape Town born coach.

Davids said Maritzburg are far from being the finished product he wants and reaching the Ke Yona final was just a bonus as they are still in the process of building.

“We want to change Maritzburg as a team who fight relegation to a side who play for cups and makes the top five every year. It’s a process,” he said.

“You can’t just snap your fingers and everything happens.”

Winners of tonight’s final will pocket a cool R7 millon, while the runners up will take home R2.5 millon.