Shongwe reveals how Malesela convinced him to join Chippa

Jabulani Shongwe was about to put pen to paper at Maritzburg United when Dan Malesela phoned and asked to speak to him. 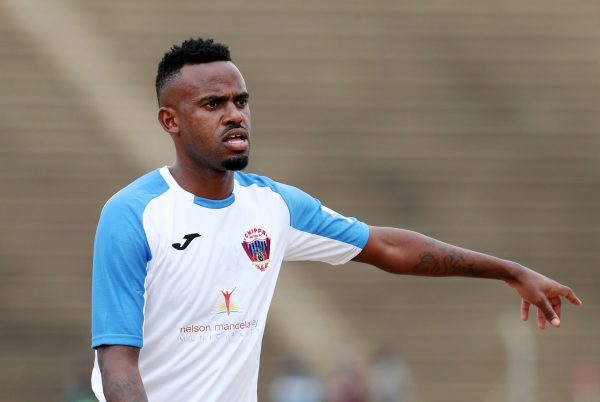 Malesela then convinced the 28-year-old to join him at Chippa United – and as the old saying goes: the rest is history.

Shongwe made his Chippa debut on Saturday in the Maize Cup in Orkney where they lost 3-1 on penalties to Free State Stars.

Speaking to Phakaaathi after the match, the former Mamelodi Sundowns, Bidvest Wits and Golden Arrows midfielder said he didn’t need much convincing to head to the Eastern Cape.

“It was an easy decision for me,” he said. “I was in Maritzburg negotiating a contract when I got a call from coach Dan who said he wanted me at Chippa. It was easy for me because I worked with him in the development ranks. He has had a huge influence in my football career,” added Shongwe.

The fact that Chippa offered a little more in terms of the package also played a part but he insists his move was not motivated by money.

“I want to resuscitate my career. I feel it has stalled a little over the past few years. I needed to be at a place where I have someone who understands and believes in me,” he said.

“Personally what I am looking for is getting more game time. But for the team it is to win some silverware and as players we all want medals to show for our efforts. I think this team is on the brink of achieving great things.

“The coach did mention that he wants to introduce a new dimension to the side. We have to score goals in order to win games and taking shots and delivering through balls is what I will look to add to the team.”

And it looks like Shongwe will play a big role at Chippa if anything can be read from the side’s decision to hand him the No 10 shirt which had only been worn by Andile Mbenyane since the club was formed.

“It means a lot for me. This shirt has only been worn by one player at this club and he was captain and the side’s longest serving player, having been with them when the team was formed. Now I have to work hard and repay that faith and show it was not a mistake.”