Highlands Park desperate to stay up

Highlands Park have promised their supporters they are not just visiting in the Absa Premiership this time around, as happened two years ago when they were relegated after one season in the top flight. 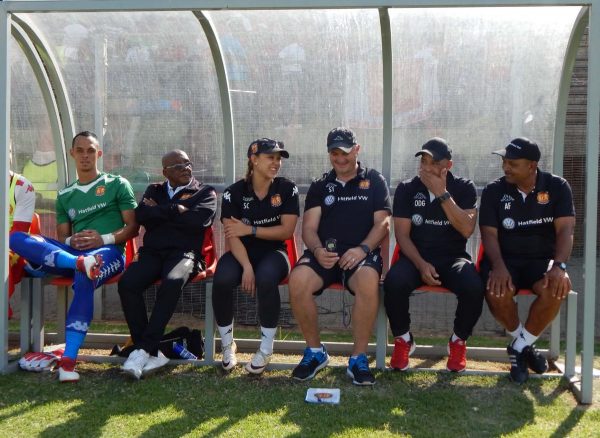 The side have strengthened their team with 13 new signings, including defender Bevan Fransman, and also scored a three-year sponsorship deal with Jonsson Workwear, which was announced at Makhulong Stadium on Wednesday.

“We have retained all the players who played a role in getting us promoted and we are not in the Premiership to make up numbers,” said club chairman Brad Kraftel.

Fransman captained Maritzburg United to their best season yet last term and said a yen for a new challenge and to be closer to home had made him join the Lions of the Park.

“What I achieved at Maritzburg was fantastic but football is an ever-changing game.

“I am not a spring chicken anymore. I had to consider a lot of things, including my family. I got a solid two-year deal here and at 34, if you turn that down, you’d be foolish,” said Fransman.

Highlands begin their campaign in the top flight away against Pirates on August 4 at Orlando Stadium.