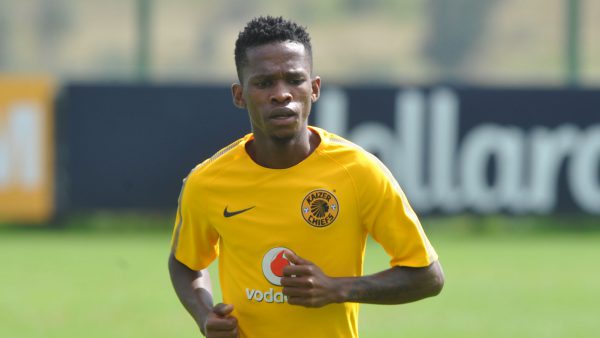 The speedy midfielder hopes to excel after getting his debut in the 3-1 defeat to Bidvest Wits on Tuesday night.

Mahlasela was brought in in the second half after the Amakhosi fans chanted his name, calling for him to be brought on as they hoped he would rescue them from Gavin Hunt’s marauding team.

“The coach wants us to play the ball on the ground, he wants us to move it around going forward. His style will suit me because that is how I like playing. I like taking on players and creating scoring chances and scoring a few,” said Mahlasela.

He said hearing the fans call for him was a huge confidence boost. “It felt good to be called on by the supporters. As a player I want to play. I want to help the team. It was my first official game for Chiefs and it was a big boost. The supporters calling for me means they know what it is I offer when on the field,” he said.

The 27-year-old Sebokeng born playmaker says he is waiting for his chance at the team and understands that he has to work really hard as he faces stiff competition.

“I clicked very well with Billiat and Shabba in preseason… it is a matter of time for things to turn around. I would say it will take us two games to change things around. Every game is a final for me. I play to win and I always want to score.”

Mahlasela has some fond memories of playing against Free State Stars who are Amakhosi’s opponents for the MTN8 quarter final at FNB Stadium on Saturday evening.

“Stars are a very physical side but as a player you need to not play like them and use your mind more than your body,” said Mahlasela.