Black Leopards coach Joel Masutha has promised a humdinger when his team visit Kaizer Chiefs for the Telkom Knockout first round match on the weekend of October 19-21. 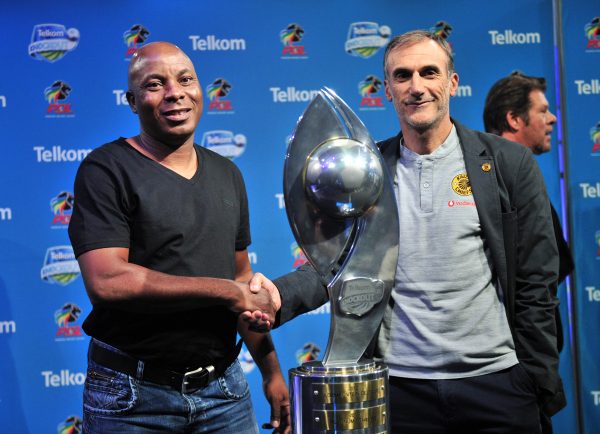 Masutha said the draw is difficult for both sides but he will be less under pressure as for Leopards a defeat in this game will not be a train smash as their main goal this season is to settle and ensure they are nowhere near the relegation places towards the end of the season. A good cup run would be a bonus.

“We will go out there and try and enjoy the moment. Yes, we do want to win and we will go there wanting to win but the main thing will be for our players to enjoy the experience and give their all against a team who play very good football. The game will be open and no one will park the bus.

“Chiefs are a household name and every player wants to shine against them. It’s always a humdinger when we play them. We will give them a game that people will be talking about for a long time to come,” said Masutha.

The Lidoda Duvha mentor however would have preferred for a home start in the Telom Knockout so they can have the backing of their supporters.

“It would have been better to have had it in Limpopo because our supporters give us the push. But it is not too bad because we also have a lot of supporters in Gauteng and I hope they will come out and match Chiefs on the stands,” he said.

Masutha said his team are now coming out of their shell and finding their feet in the top flight. Lidoda Duvha have won two, drawn two and lost four and are 12th in the standings since their return to the top flight.

“To move from the NFD to this level is a big ask. It takes time to adjust. Sometimes before you start playing you think you have a good and strong team. But I believe the boys have done quite well although we still need to adapt more on some aspects.

“We need to improve in our game management. But I am satisfied so far but not entirely. The boys have given their all so far,” he said.